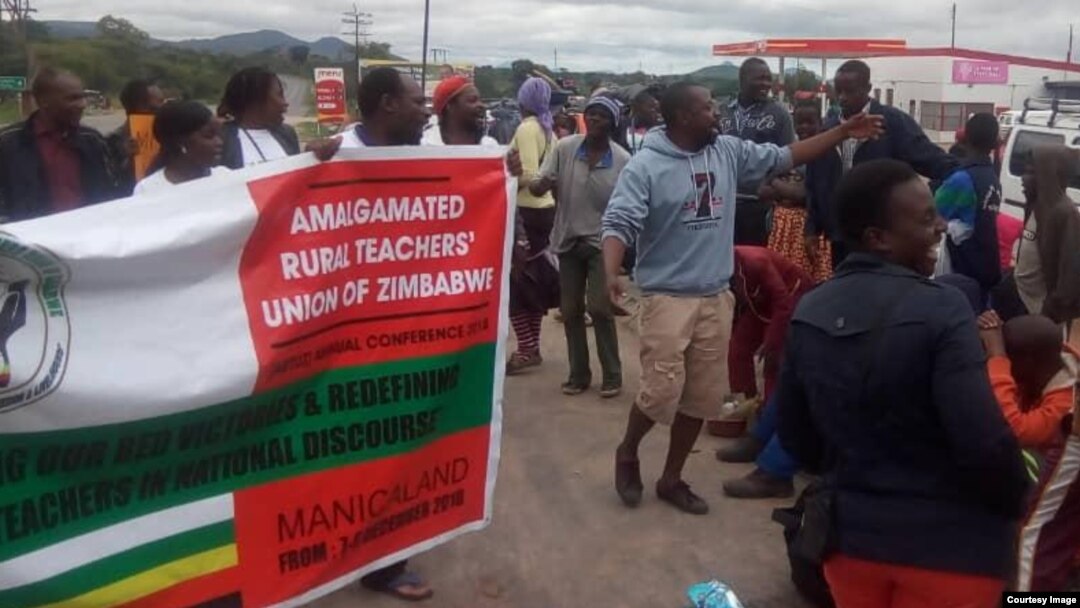 TEACHERS have denied claims by government that they have returned to work, declaring they can only do so if their demands are met.

Government earlier on Monday announced that teachers had resumed duties following presentation of what it described as a ‘lucrative package’.

Teachers’ unions however told NewZimbabwe.com their members are still incapacitated to report for duty and are will remain at home waiting for confirmation of their US$540 salary.

Teachers have been on strike since opening day of the first term on February 9.

“Teachers are not going back to work. They are saying pay us what we asked for and we will be of service to the country. Without that, it is going to be difficult,” Progressive Teachers Union of Zimbabwe (PTUZ) secretary general Raymond Majongwe said.

Part of government’s lucrative package included a 20% salary hike and US$100 Covid-19 allowance up from US$75.

Amalgamated Rural Teachers Union of Zimbabwe (ARTUZ) secretary general Robson Chere said there was no change in the situation at schools as teachers were still incapacitated despite government’s promises.

Chere dismissed government claims they were back at work.

“Teachers are still at home. They are incapacitated and the demand is very clear: a US$540 salary and a restoration of pre-October 2018 salaries.”