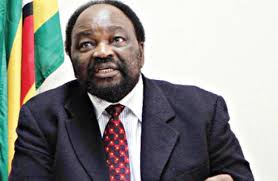 Teachers under the Federation of Zimbabwe Educators’ Unions (FOZEU) banner have turned down an invitation by the Minister of State for Presidential Affairs Simbarashe Mumbengegwi for engagement over their grievances.

This comes after teachers last week held a demo and handed a petition calling for a 100 percent salary increment.

In a statement released on Wednesday, FOZEU dismissed the civil servants umbrella body Public Service Association (Apex) accusing it of failing to represent and negotiate on their behalf in good faith.

“This invitation smacks in the face of our spirit and principle which is an educators’ only platform for engaging with the employer (government).

“All unions under FOZEU banner have unanimously agreed to reject the invitation and further resolved to only engage our employer as FOZEU not as Apex. We demand the immediate setting up of a collective bargaining Council.

“We will withdraw our labour in second term if the grievances which we tabled before the employer are not addressed,” read part of FOZEU statement.

Zimbabwe Teachers’ Association Chief Executive Sifiso Ndlovu told New Zimbabwe that Apex is a ‘statutory creature” which teachers’ unions no longer want to be part of because of its failure to represent teachers fairly in the collective bargaining process.

“We are not part to that council (Apex). Why did the government invite Apex instead of teachers’ unions? We were not invited properly and we are waiting for government to invite us formerly not through Apex,” Ndlovu said in an interview on Wednesday.

Contacted for a comment on the allegations by the union bodies, Apex Council chairperson Cecilia Alexander insisted that the umbrella body for civil servants’ organisations has always existed with all the Unions in education and other sectors.

“Apex council is a statutory body mandated to represent civil servants so as part of our mandate, we wrote to the minister to seek audience with him. Among the issues discussed today (Wednesday) included all outstanding grievances that have affected civil servants for a long time.

“The issue of rationalization; people are being dismissed from work and others are not even aware of what is happening. We also want our salaries to be adjusted to the current economic status where goods and services’ prices have increased in the past.

“We have the issue of leave days for teachers which have been tabled. Note that meetings with the minister are not platforms for negotiating issues. Today we had five teachers’ unions present and six other unions from different sectors when we met the minister just to inform him on the challenges being faced by civil servants,” said Alexander.