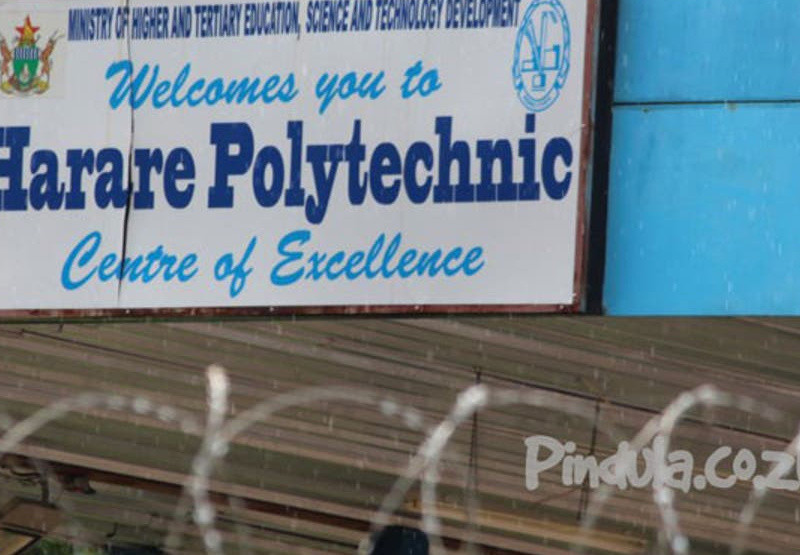 In Musithu’s letter of suspension Madondo said she had violated World Health Organisation (WHO), government and the college’s lockdown regulations.

However, in a statement ARTUZ said the decision to suspend the students indicates a level of “madness and stupidity” on the part of Madondo.

The scathing comment by ARTUZ further called on the principal to realise he is “no demigod or supreme ruler” with powers to disturb academic progress of students.

“This signifies not just insanity but a level of grand stupidity and lack of purpose by the responsible authority, it is a flabbergasting moment when a whole institution of higher learning which is supposed to be and represent academic and intellectual thought direction starts reflecting a new level of autocracy,” reads the statement.

“Suspending students and in the process disturbing their academic progress for hugging is a reflection of a society that is slowly degenerating into a chaotic and senseless formation, the Principal of Harare Polytechnic should be called to order and be persuaded to realise that he is neither a demigod nor a supreme ruler.”

The teachers’ union further demanded the immediate reinstatement and an apology to Musithu and Pasipanodya from Madondo and the college.

Adds the statement: “ARTUZ wishes to state that the union will not stand-by and watch such a disturbing experience unfolds, this suspension needs to be reserved and accompanied with an apology. The right to education should never be compromised through a pathetic justification.”

NewZimbabwe.com has been informed three more students have been suspended from the institution by Madondo facing similar offences.

Meanwhile, the students body, ZINASU said it was putting Madondo “on notice” over the suspensions.

“We are putting the principal on notice, he should stop behaving like a toddler with a gun,” ZINASU secretary-general Tapiwanashe Chiriga said.

“We know he is relying on some Statutory Instrument that he claims allows him to be a complainant, witness and judge in these cases. This cannot be let to happen in 2021,” he said.

“We are taking steps to make sure that we help the students to get back to school at the soonest possibility. These suspensions are a manifestation of the rot that is in our learning institutions thanks to repressive and medieval laws and regulations that are being abused to punish students.”