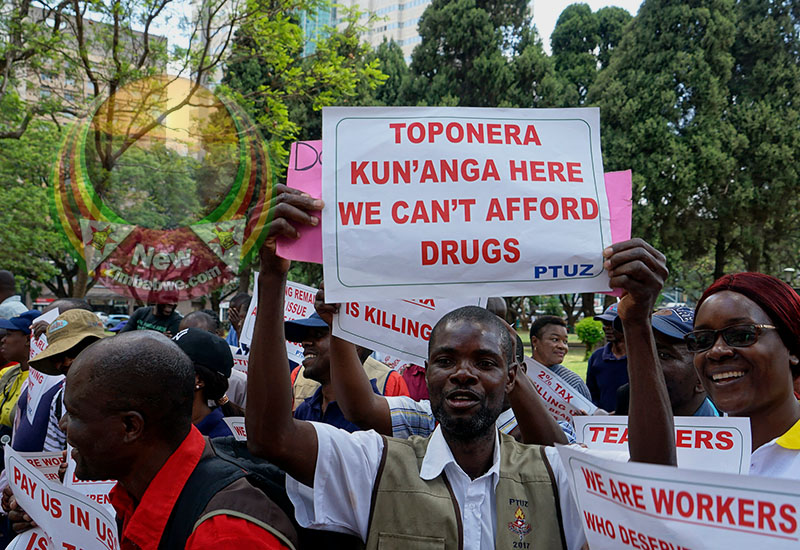 TEACHERS are pressing ahead with industrial action slated for Monday, despite receiving a cost of living adjustment increment by government.

Government dangled a 25 percent increase to the cost of living adjustment to all civil servants, pledging to address their welfare.

However some civil servants unions have scoffed at the Government’s offer calling for their salaries to be paid in foreign currency.

Amalgamated Rural Teachers Union (ARTUZ) president Obert Masaraure said plans are afoot to down tools to register their displeasure against poor remuneration by the government.

“The workers have power to collectively withdraw their labour on 26 September without much encouragement from the leaders. Our stomachs should encourage us to stay at home.

“If we manage to pull this one off, the employer will definitely pay our US$540,” said Obert Masaraure.

The $25 salary increase has been dismissed as an “unacceptable and an insult to the hardworking teachers” with unions also lamenting the fact that it was not a product of “collective bargaining”.

Masaraure however, conceded that the planned Monday strike might not get the support of all civil service unions.

‘You are insulting us with peanuts’ – teachers dismiss latest Govt salary hike, demand US$540

“The decision was made as a response to government’s failure to pay a living wage as promised on 1 August by (finance minister) Mthuli Ncube,” he said.

“Now as 26 September is approaching, 26 September no longer has a mother. Some union leaders have withdrawn into their shells.

“There is no hype towards 26 September; no one is agitating or organising for 26 September.”

He added; “However the 16 September declaration still stands since no Union leader has publicly distanced themselves from the declaration.

“It is very clear that some Union leaders are either co-opted or are in fear of repression from the employer.

“It is common knowledge that some union leaders have seats on the boards of parastatals; their stay on such boards is at the benevolence of government.”

State workers want their salaries to be paid in foreign currency as a hedge against inflation as well as the loss in value of the Zimbabwe dollar.

Government has refused to budge on the US dollar demand, saying it does not have the capacity to pay salaries in foreign currency since its revenues are largely in Zim-dollars.