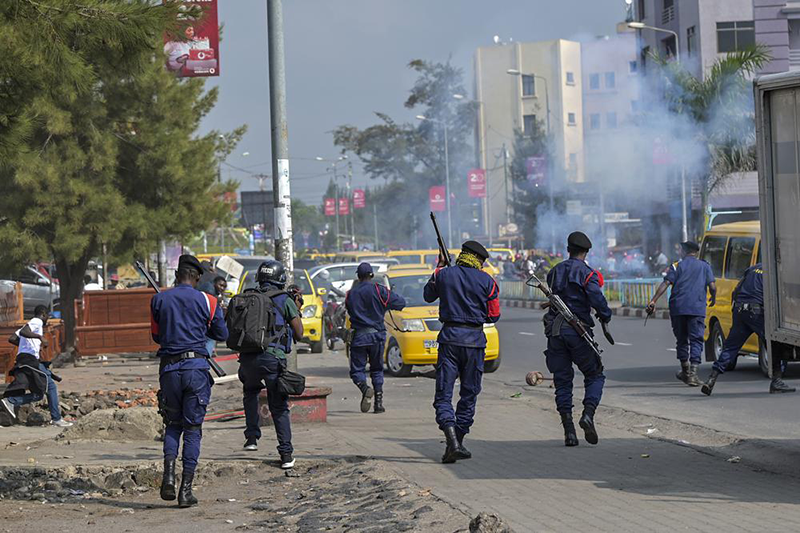 GOMA, Congo (AP) — Police fired tear gas at demonstrators in eastern Congo on Wednesday after dozens of people took part in an unauthorized protest in Goma against the presence of foreign troops to help quell violence from armed groups.

Authorities later detained some participants, including journalists covering the protest.

Leaders of the seven-nation East African Community resolved last year to create and deploy a regional force to eastern Congo, where the M23 rebel group has been blamed for growing violence.

Kenyan troops arrived late last year, and another contingent from South Sudan was expected in the coming days. However, the troops have faced opposition from some Congolese.

“The Kenyan military came here as tourists. They go around the town every day and they do absolutely nothing,” demonstrator Gloire Bagay said. “We as a population have come together to say no to this regional force.

“(South Sudanese) are also at war at home, but they say they want to bring peace to our country,” Bagay added. “This is an international plot that wants to Balkanize our country, and nobody will divide our country.”

M23 reemerged in eastern Congo a year ago after about a decade of dormancy. Congo accuses Rwanda of supporting the military rebel group, which it denies.

As part of an agreement reached in Angola last year, the group said it would withdraw its men from some of the occupied territories before Jan. 15. However, there are still areas under its control.

The fighting is exacerbating eastern Congo’s dire humanitarian crisis. Almost 6 million people are internally displaced in the country, with more than 450,000 displaced in North Kivu province since clashes escalated in February.