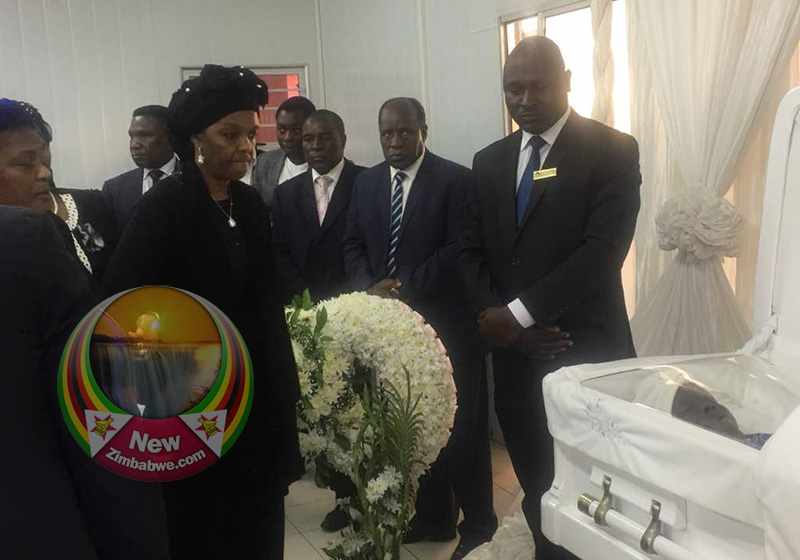 FORMER First Lady Grace Mugabe says the death of her mother has come as an opportune moment for her to mend bitter relations with her former Zanu PF rival and now State President Emmerson Mnangagwa.

She was addressing mourners who had gathered at the former first couple’s Blue Roof Borrowdale mansion Thursday night for the late Ambuya Idah Marufu’s funeral wake.

Ambuya Marufu died a week ago when Grace was in Singapore for some medical treatment.

Mnangagwa made a giant step to reach out to former state President Robert Mugabe and his wife when he chartered a plane to transport her from Singapore to attend her mother’s funeral.

“If my mother’s death is meant for our friendship to be back to where it was before, let it be so,” Grace said tearfully while referring to the former first couple’s long broken ties with Mnangagwa.

“I have said it before, we were great friends to an extent of sharing milk. Milk is a sensitive product but we shared it; that was the extent of our friendship.”

Relations between former President Mugabe and his long-time aide, Mnangagwa took a knock when the latter muscled his way to the country’s top job in a military assisted coup November last year.

The shock incident was a culmination of intense vilification Grace persistently directed at Mnangagwa, the country’s Vice President at the time.

Until the eve of the July 30 elections in which Mnangagwa secured a popular mandate as the country’s leader, Mugabe adamantly refused to recognise the former’s rule.

But Grace took mourners by surprise when she declared her new found love for Mnangagwa.

“He (Mnangagwa) has been assisting in taking care of Baba (Mugabe); even now, he is the one footing all the funeral bills of Ambuya Idah Marufu,” she said.

“He wrote a letter and said ‘don’t be troubled’…”

The former first lady also said Mnangagwa had assigned then Acting President Constantino Chiwenga to render some assistance to them while the state leader was away on a recent trip to China.

“So he is taking care of everything because he loves us and he knows we love him too,” Grace said, adding, “We pray for him…God wanted him to be the President of this country.

“So let’s all pray for him so that God grants him the wisdom to lead this country.

“Mnangagwa knows ‘I have my father (Mugabe) and mother (Grace)’. I wish I had brought the letter he wrote to us, and it’s a touching one.

“Everything that we want, we just make a phone call. We say all our problems. So please relatives, do not be troubled. We are being looked after very well.”

Commenting on the chartered flight, Grace said during her husband’s rule, they flew economy class, mingling with the rest of the passengers.

She said the glamour of travelling on the chartered flight was her first ever in her life.

“I was shattered and desperate to come home and mourn my mother when I got a call from Mnangagwa’s emissaries saying a flight has been chartered ‘for you to take you back home’,” she said.

“To be honest with you, I have never flown in such an aircraft. It’s state of the art. When I got in, the crew said ‘this is a new aircraft, you are the first one to use it’.

“I was so comforted by Mnangagwa. That was so courteous of him.”

Outside the aircraft experience, Grace revealed life has been difficult for the ailing former first couple.

“To tell you the truth, life is very tough for me; my mother is gone and am not feeling well. Baba (Mugabe) is not well,” she said.