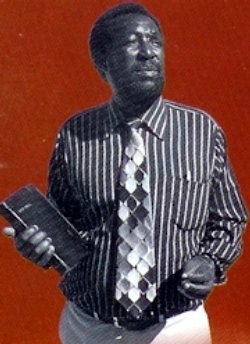 LEGENDARY Zexie Manatsa said the coming in of the latest technology in the form of ‘compact’ and ‘flash’ discs, has had a negative impact on local music.
The former Green Arrows leader said gone are the days when musicians used to make good money and survive on selling their work.
He said these days if musicians release their singles or album, before they know it, it would have flooded the streets, pirated.
The well-known lead vocalist and song writer rose to prominence in the 70s and 80s with his band The Green Arrows and produced all-time hits such as Chipo Chiroorwa, Chechule Anavala Bottom and Mwana Waenda. One of his best projects was Tsuro Soccer Star.
“Producing music on vinyl and tapes brought yesteryear musicians fame and fortune,” said Manase in an interview with Newzimbabwe.
“Back then if a fan broke a single or LP (long play) vinyl, you were assured that your music follower would go to the record bar and buy another one. And this meant money for us because most of the record bars sold music on commission.
“But look now, the coming in of technology! What it has done to our local music! It has brought fame and poverty for the current crop of musicians.”
Manatsa said one can hardly recoup production and recording costs for the album produced.
“Look at how music is pirated! Music floods the streets, being sold for a song. Ask these musicians how many albums they have sold, how much money they have made: zero. But for vendors, its business as usual-making money without sweat.”
Commenting on the current genre, Zimdancehall that has taken the country by storm, Manatsa, who is now a pastor with a local Pentecostal Church, had a word of advice.
“Sing music that you will be proud of when you are old. Why use vulgar words? Why insult other musicians to please a small group of your fans who don’t even put food on your table?”
Advertisement