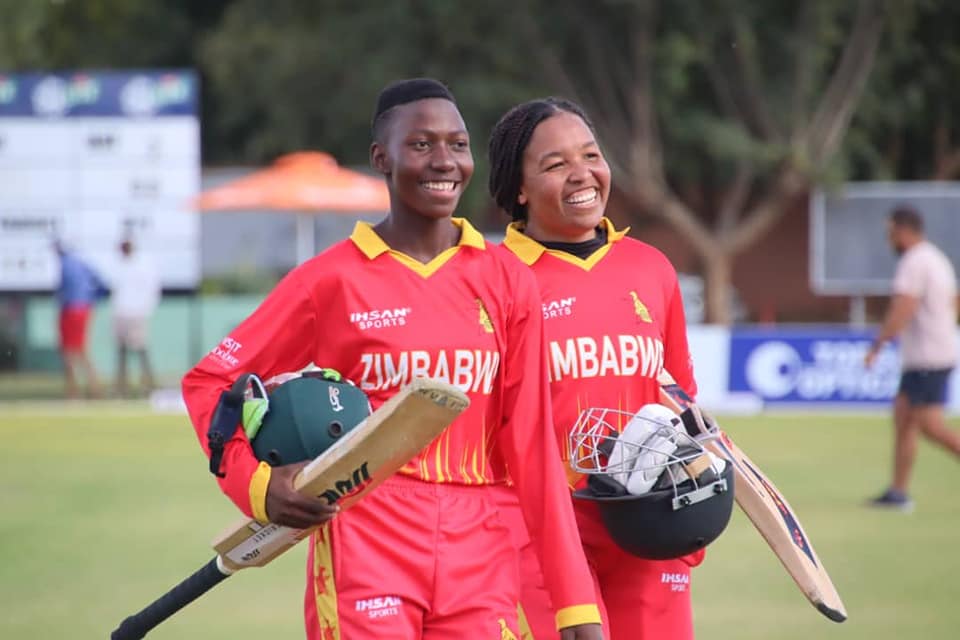 AFTER impressing during the Lady Chevrons’ ICC Women’s T20 Cup qualifying campaign, Zimbabwe women’s cricket team sensation, Kelis Ndhlovu, will be hoping to continue her brilliant run of individual form with the national Under-19 Women when they take on the South African counterparts.

The 16-year-old allrounder was part of the Zimbabwe Under-19 women’s side which left for South Africa on Thursday for a five-match Twenty20 (T20) series against South Africa Under-19 Women.

The games will be played on 1, 2, 4, 6 and 7 October at the Sahara Park Willowmoore Cricket Stadium in Benoni.

Both teams are using the series as part of their preparations for the inaugural ICC Under-19 Women’s T20 World Cup to be hosted by South Africa next January.

Ndhlovu was the highest wicket-taker at the ICC Women’s T20 World Cup Qualifier 2022 in the United Arab Emirates, where Zimbabwe narrowly missed out on a place at next year’s global tournament.

The Chitungwiza-born teenage sensation also contributed significantly with the bat.

Despite her tender age Ndhlovu has been establishing herself as one of the country’s leading female cricketers.

During her maiden tour with the seniors in Namibia earlier this year, she shared an unbeaten opening stand worth 158 runs with Sharne Mayers.

Ndhlovu was also part of the Zimbabwe Women team that played the South Africa Emerging Women side at the start of September.

Ndhlovu is one of the two players in the Under-19 side, who boasts of international experience at the senior level together with pace bowler Michelle Mavunga.

Mavunga made her debut for the senior team in Namibia earlier this year and travelled with the side to India for a training camp in July but missed out on selection for the senior Lady Chevrons.

The World Cup-bound Under-19 side also includes the Ndiraya twins, Kelly and Kay, who have followed in the footsteps of their sister Ashley – who has been in the Zimbabwe Women set-up for more than 15 years.

Another notable inclusion is that of Tawananyasha Marumani whose brother Tadiwanashe is part of the Zimbabwe senior men’s side.

The youngest members of the squad are Paula Whaley, aged 12, and 13-year-olds Christine Mutasa and Beloved Biza.

At the ICC Under-19 Women’s T20 World Cup, Zimbabwe are in Group B alongside England, Pakistan and Rwanda.