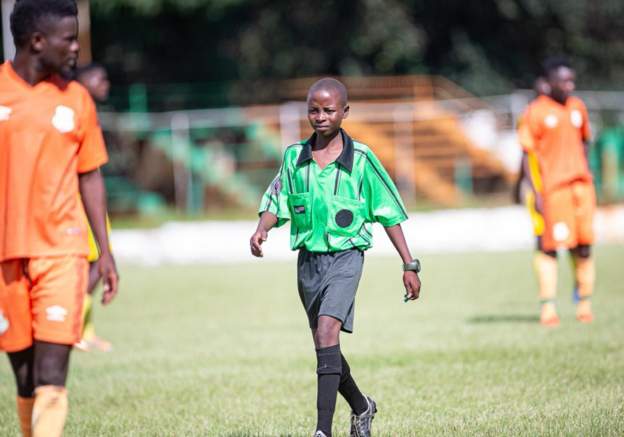 A TEENAGE referee has caught the eyes of Zambian football enthusiasts with his skill as the main match official.

Raphael Mbotela, 16, has been refereeing matches since the age of 13.

But he came to national attention on Wednesday when he officiated a friendly match between top-flight sides Zesco United and Forest Rangers.

Mbotela told the BBC that he initially wanted to be player but an ankle injury he sustained three years ago curtailed his plans.

“My interest in being a referee started three years ago after I was asked to referee matches involving academy teams. One day, I was approached to be a referee for a social game involving old men and it’s like everyone noticed how good I was,” he said.

“I am really enjoying this especially that I couldn’t continue being a footballer after I had an ankle injury.”

He says he’s happy that teams in Zambia’s top flight can now call on him to officiate friendly games.

“I feel happy but when I make mistakes during a game, I lift myself up. It’s all part of the game. Every person makes mistakes,” he says.

He says Wednesday’s game was his biggest breakthrough and hopes the Zambian FA can nurture him.

“I was completely unfazed. Once I step on the pitch, I don’t look at my age or the big players. I am the man in charge!.. I want to be like Janny Sikazwe [Zambian FIFA referee] when I complete school.” 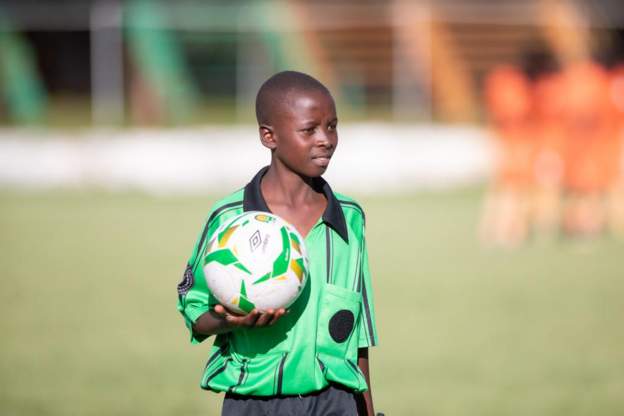 Mbotela, who lives with his mother, wants to resume his education so that he can later concentrate on being a referee.

“My parents are no longer together and right now, I can’t even go to school because I don’t have books, a school uniform and other necessities,” he said.

Zesco United’s media officer Desmond Katongo told the BBC that the club had confidence in Mbotela to officiate Wednesday’s game:

“The technical benches from both teams weren’t worried about his ability to handle the game because he has developed quite a reputation for officiating in such games,” Katongo said.

He added: “It is exciting to see a young boy with an ambition to become a referee at a time when many of his peers would have wanted to be Lionel Messi, Ronaldo or Enock Mwepu.”

“Referees can also be a great inspiration to many people like Mbotela. It would be great if this boy received some formal training from the local FA. This is a potential success story for Zambia,” he added.