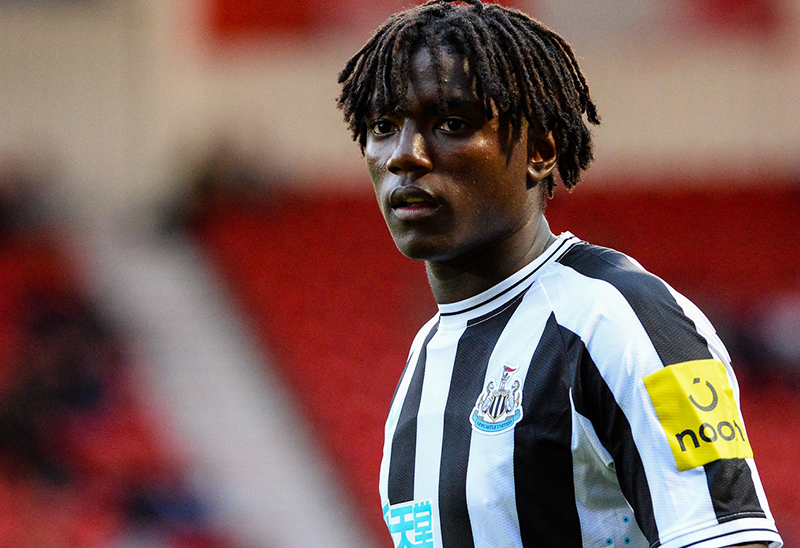 The 18-year-old exciting striker scored 14 goals for Newcastle’s under 18s last season and earned his first call-ups to train in front of Eddie Howe with the senior squad.

While he remains with the club’s development squad, Ndiweni has regularly trained with the Newcastle first-team squad which has been enjoying an impressive start to the season in the English Premier League.

Ndiweni’s form has also caught the attention of the club’s fans, with the promising prospect admitting he was ‘proud’ to see fans talking about him on social media. 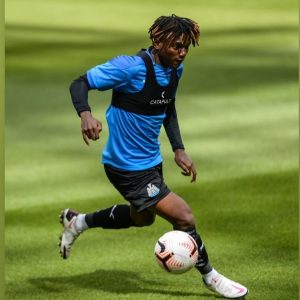 Although he admits that it will be tough to break into Newcastle’s first-team squad, he has been relishing the opportunity to rub shoulders with some of the club’s star players.

“It’s exciting because we’re doing so well, and daunting because the standard is getting better every single game. If you think about last season to now, we’re third in the Premier League,” Ndiweni said in an interview with Chronicle Live.

“The standard is always increasing, you just don’t want to be left behind. It’s about working hard, and trying to keep up and get into the first team.

“The standard is really, really high. The gaffer demands so much, and it’s good. He’s just changed the way the team is playing, and he demands a lot from the young players, which is really good.”

Ndiweni was one of eight academy talents to sign their first professional contracts with Newcastle United this summer.

The young starlet was born in Throckley, Newcastle to Zimbabwean parents and joined the Newcastle youth set-up at the age of 12.

Two years ago Ndiweni, who is eligible to play for both his native England and Zimbabwe, earned a spot in The Guardian newspaper’s Next Generation 2020, highlighting 20 of the best young talents at Premier League clubs.