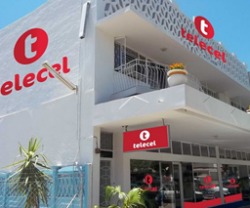 TELECEL has announced the introduction of a special product for businesses and other organisations, Telecel Business, which it estimates could reduce their phone bills by as much as 80 percent.
Addressing a Press conference in Harare, Telecel Zimbabwe marketing director Octivius Kahiya said a major difference was that with Telecel Business was that the entity which held the account and paid subscriptions for various packages for employees.
“In effect, he said, calls within an organisation are virtually free. Our focus at Telecel is on our customers. We want our customers to focus on their business, while we take care of their communication needs,” he said.
Telecel Business, Kahiya added, provided businesses with a quick way of cutting down on costs.
He said Telecel Business users could retain their existing Telecel numbers while customers from other networks could be given a number with the last six digits the same as those of their existing number.
Speaking at the same occasion, Telecel Zimbabwe chief commercial officer Ashraf Elguindy said Telecel was known for offering best value for money in the Zimbabwean market.
“We have a very robust network.  Every day we roll out more sites. We have one of the fastest, if not the fastest, download speed among mobile networks,” he said.
Elguindy pointed out that Telecel had opened nine new shops, including a shop at its 202 Seke Road offices, Joina City, Westgate, Sam Levy’s Village, Machipisa, Bindura and Beitbridge.
Kahiya said Telecel Red and Telecel Business were products, not promotions, and were therefore permanent features of what Telecel was offering subscribers.Advertisement