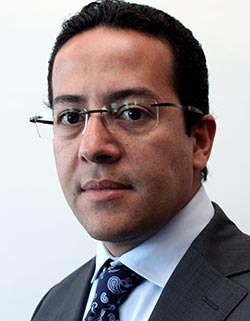 ZIMBABWE’S second largest mobile telecommunication company by subscribers Telecel on Wednesday launched its mobile money service, Telecash, taking the fight to rival and industry behemoth Econet Wireless.
Econet launched its Ecocash platform in 2011 and has since accumulated over 2.7 million users, mostly Econet subscribers, with over $200 million being sent through the service every month.
Telecel launched its platform in partnership with Afrasia Bank, CBZ and ZimSwitch.
“Telecash offers convenience for everyone but in particular offers banking services to people with no previous access to banking and financial services, especially those in the country’s remote areas,” said the company’s financial services director Nkosinathi Ncube said.
“They can receive, deposit and draw money without having to travel long distances to a bank. They can pay for goods and services without having to keep unnecessary amounts of cash on their persons.”
The platform offers a bulk payments facility which Ncube, pointed out, would be particularly useful for Non-Governmental Organisations (NGOs) that distribute funds to remote parts of the country and for employers who may find it convenient to arrange salary payments outside normal banking hours.
“The bulk payments schedule can be uploaded, checked and authorised. There is no need to travel anywhere.  Moreover the files can be run even at midnight,” Ncube said.
“Telecash is very easy and simple to use, convenient, secure and above all competitively priced. It is also fast. Transactions conducted on the Telecash platform are almost instant.”
He said telecash had signed up agents and merchants across the country where subscribers are able to conduct their transactions.
“We are taking advantage of infrastructure that is already there, which means utilising existing supermarkets, service stations, post offices and other outlets as agents or merchants.
“We are looking at having at least two agents at every key shopping centre or business centre in the country.”
The spending limit for Telecash transactions is US$500 per transaction and US$1,000 per day. The transaction limit per month is US$5 000.
Telecel Zimbabwe chief commercial officer Ashraf El Guindy said Telecel was coming to the market with a strong product adding the company had partnered with some of the best players in the industry to come up with Telecash.Advertisement

“We have associated ourselves with the best in the industry,” he said, adding that Telecel’s technical partner for Telecash was Obopay and that its banking partners included Afrasia, CBZ and ZimSwitch, which provides links with most of the country’s banking institutions.