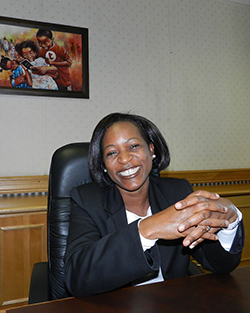 THE country’s third largest mobile network operator, Telecel, says it has paid its licence instalment that was due by end of June.
Government ordered cancellation of the company’s licence three months ago, accusing it of failing to comply with the country’s indigenisation laws.
In a statement on Thursday, the telecoms firm said: “Telecel is happy to announce that we have paid the licence instalment for the month of June in line with our agreement with POTRAZ (the Postal and Telecommunications Regulatory Authority of Zimbabwe).”
The statement further read: “We are already preparing for the next instalment which is due in December this year in accordance with our contract with the regulator and the government of Zimbabwe.
“Telecel remains fully committed to working with the government to meet and better all legal, financial, operational and regulatory requirements within the agreed time frames.”
Zimbabwe has three mobile network companies – Econet Zimbabwe, Telecel Zimbabwe and State-owned NetOne.
Three months ago, the regulatory authority – an arm of the government – cancelled Telecel’s operating licence after accusing the company of failing to honour its contractual obligations.
The regulatory authority at the time said Telecel – which has just over two million subscribers according to the latest official data – was not paying its instalments as agreed under the contract.
Then, Telecel was given a 30-day ultimatum to wind up operations and a further 60 days to decommission its equipment.
But the telecoms company insisted that it had “made every effort to comply with all legal and government requirements in Zimbabwe”, adding that the licence cancellation move was “unfair and unwarranted”.
A little before that, the Zimbabwean government had cancelled an agreement with the firm which allowed it to operate without paying US$137,5 million to renew its operating licence.
Mobile network operators are expected to pay US$137,5 million for a licence that is valid for 20 years. This differs from the previous figure of US$100 million for 15 years.
In early May, Information Communication Technology Minister Supa Mandiwanzira said Telecel had to sell a majority stake in the company to local black investors if it wanted to continue operating.Advertisement

Dutch-headquartered communications firm VimpelCom owns 60 percent of Telecel with the remaining 40 percent being controlled by the Empowerment Corporation (EC), a local consortium.
Zimbabwe’s indigenisation policy says foreign-owned companies with a net worth of more than USD 500,000 should sell 51 percent of their shareholding to locals.