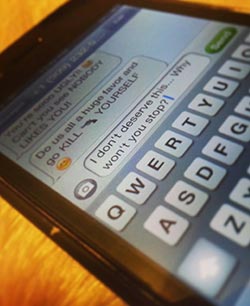 REVENUE in Zimbabwe’s telecommunications industry fell by 15%, while the country’s largest mobile operator, Econet Wireless, registered a 4.1% growth in subscribers in the first quarter pushing its total subscribers to nine million, a report by a regulatory body said.
The Posts and Telecommunications Authority of Zimbabwe (Potraz) said revenue in the first quarter had fallen to $213m from $249m.
“The total revenue from telecommunications activities generated by the mobile operators in the first quarter of 2014 was $213m. This represents a 15% decline in revenues from $249m recorded in the previous quarter,” the telecoms authority said.
“Total investment was $27,908,609. This represents a 53% decline in investment from $59,097,088 recorded in the previous quarter.”
Economic observers said the decline in revenue and investments was reflective of the general liquidity crunch that had gripped the country since last year.
At more than nine million registered subscribers Econet Wireless now holds a market share of 65.3%, well ahead of its next largest rival, Telecel Zimbabwe, which has a 17.7 % share and state-owned Net One at 17%.
Econet Wireless Zimbabwe’s growth of 4.1% is significantly higher than the 1.3% it registered in the same period under review last year.
Potraz said the voice market had “neared saturation” and the “next frontier” for competition among mobile operators would be the data market.
“…The robust growth reported in the data and internet market is an indication that this is the next frontier for service diversification by the operators as the voice market nears saturation.
“This is likely to intensify competition and foster service innovation in the telecommunications sector. Operators continue to invest heavily in data and internet services mainly through optic fibre expansion projects…,” Potraz said.
Econet and Telecel are currently locked in an intense war to tap into the relatively new market of mobile banking which is fast gaining sway in Zimbabwe. Its growth is posing a challenge to traditional methods of banking.
Telecel recently revealed that it had handled $17m in transactions since the launch of its Telecash mobile money transfer service in January.
Last Wednesday, Telecel launched a gold card linked to its Telecash mobile banking service, which Nkosinathi Ncube, the mobile financial services director, said was targeted at the retail sector.Advertisement

“We have plans to go into the diaspora market in countries such as South Africa, UK and the US where some Zimbabweans are living,” Ncube said.