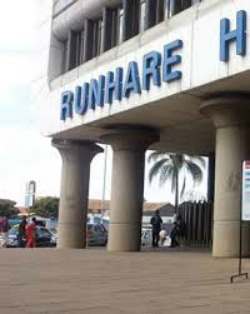 THE Zimbabwe Broadcasting Authority of Zimbabwe (BAZ) has announced that the government owned telecommunications company, Telone Private Limited, has applied for a Broadcasting Service licence in terms of the Broadcasting Services Act.
The licence area is national and type of licence applied for is Video on Demand Service.
This comes a day after the broadcasting authority has approached the Supreme Court contesting a High Court decision allowing Econet Media Limited to distribute Kwese Tv statellite content to the Zimbabwean viewership.
Last week, High Court judge Justice Charles Hungwe delivered a judgement allowing the firm to provide service pending confirmation of the provisional order.
In its announcement Tuesday, BAZ said complete details of the application by Telone have been lodged with the authority.
“Any person who wishes to comment on the application may within fourteen days (14) of the date of publication of this notice, contact the Broadcasting Authority of Zimbabwe,” says the notice.
Telone, which is 100% wholly owned by the government, is currently providing fixed mobile converged communications where it enjoys a monopoly.
With its infrastructure it has the widest coverage in the country.
The application by Telone also comes at a time Zimpapers has started recruiting staff and archiving content for its soon to be launched Zimpapers TV.
Since independence viewers in the country have been watching state-owned Zimbabwe Television (ZTV).
Information also says that ZTV plans to open up 6 more channels under its stable.