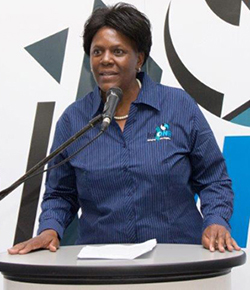 STATE owned fixed line operator TelOne says it is a profitable entity but its operations are being hamstrung by legacy loans amounting to $163 million and has requested government to take them over to realise its potential.
The company was established as a separate entity after the unbundling of the then Postal and Telecommunications Corporation (PTC) in 2000 but inherited a debt that has haunted it since.
Board chair Charles Shamu on Monday told journalists after the company’s maiden Annual general Meeting that despite being profitable, the company’s balance sheet reflected a net liability of $163 million as a result of the legacy debt from the PTC-era of $360 million.
“The company is on a profitable path but loans inherited from the PTC era are weighing heavily on the operations of the company,” Shamu said.
“These loans were guaranteed by the Government of Zimbabwe and the board has made representations to the government for the loans to be dealt with in order to clean up the company’s balance sheet.”
The company reported a seven percent increase in revenue to $162 million in the full-year to December.
During the period under review telephone revenue increased by 6 percent contributing $157 million to total revenue.
Profit after tax was up to $12,7 million compared to 2,3 million the previous year.
Finance costs and administration expenses were down 14 percent to $19 million and three percent to $65,6 million respectively.Advertisement