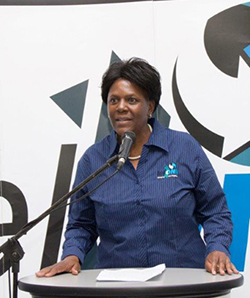 STATE-OWNED fixed line phone operator TelOne has cut salaries for all staff by 15 percent with effect from August 1 and ruled out paying annual bonuses as part of measures to streamline costs at the cash-strapped parastatal, The Source has learnt.
In letters dispatched to workers on August 18, TelOne chief executive, Chipo Mutasa said the telecoms firm has not been spared by the liquidity crunch in the economy, hence the move to streamline costs.
TelOne is one of the better performing state-owned enterprises, pulling in about $160 million in revenue in 2014. The firm is owed $100 million by its customers.
The company would not be paying the annual bonus at year-end while it has also done away with retention allowances, said Mutasa. Payment of overtime has also been suspended until year-end.
Sources at TelOne told The Source the telecoms firm has opted not to take advantage of the recent Supreme Court ruling to terminate jobs on notice without having to pay any severance packages.
Labour unions say over 20,000 employees have been dismissed since the ruling last month.
On Tuesday Parliament pushed through legislation making it harder for firms to sack workers, reinstating severance payments and restrictions on sackings.
The upper house, Senate, will debate the bill on Thursday and if passed, it will be presented to President Robert Mugabe to sign it into law.
“It is better (cutting salaries) than being sent home. At least we have jobs,” said a TelOne employee who declined to be named as he is not allowed to speak to the press.
But telecommunications experts says the cuts at TelOne were inevitable after other telcos cut staff salaries and sacked workers in past few months.
Econet Wireless, the country’s leading mobile phone operator, cut workers’ salaries by 20 percent in March citing the harsh economic climate, as did Telecel Zimbabwe, a unit of Dutch communications giant, VimpelCom.Advertisement