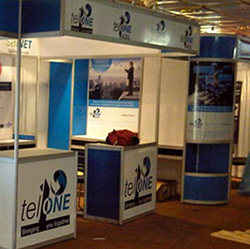 STATE owned fixed line mobile operator TelOne says it expects to conclude negotiations for a $98 million loan facility from China’s Exim Bank to finance its network modernisation program before year end.
Part of the modernisation plan entails replacing the company’s entire network and embarking on a backbone fibre optic transmission and broadband access project which is integral to TelOne’s bid to become a fully-fledged technological company, offering enhanced data services above its traditional voice service.
Board chair Charles Shamu told The Source last week that the company was seeking necessary support to expedite granting of the loan before year end.
“We are expecting it any time now, we at very advanced stage of negotiations,” he said.
“We hope the conclusion will be done before year end but implementation will have to be in 2016.”
Shamu said the facility was a vendor financed loan with a 20 year payment period.
“It is a vendor financed loan…it’s not a normal credit loan so the vendor is part of the team that ensures the project is profitable because they get paid from the proceeds.
“The project is self-financing,” he added.
TelOne, which is undergoing a transformation under managing director Chipo Mtasa who was appointed in 2013, bucked the parastatal trend in September when it published its half-year financials in line with a recently adopted corporate governance code for state-owned enterprises.
TelOne’s revenue stood at $69 million at June 30, 2015, down from $76 million in the first half of 2014.
The firm did, however, turn a profit of $479,000 in the first six months of 2015, compared to a $7,9 million loss in the same period last year.
The company, which is saddled with a $163 million legacy loans inherited from the unbundling of the old Postal And Telecommunications Corporation, has asked government to take over this debt.
This would help clean up its balance sheet and improve its chances of accessing affordable credit needed to expand and maintain its network.Advertisement