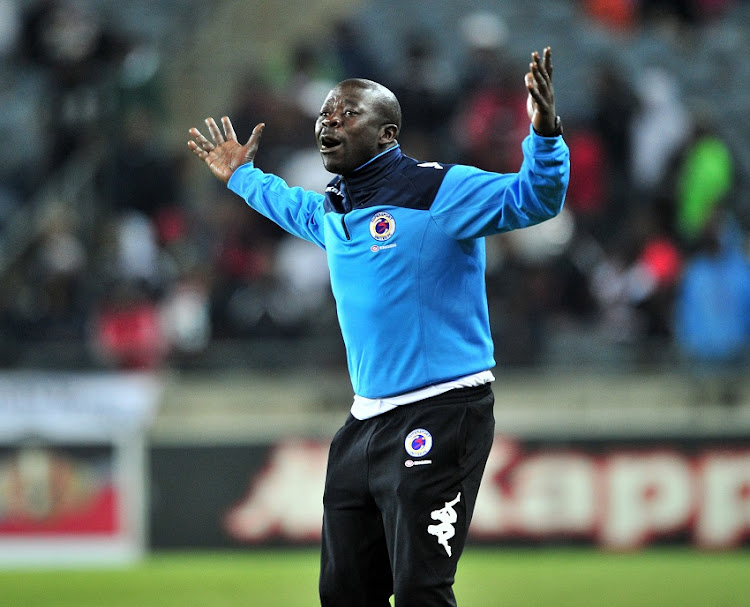 HIGHLY-RATED Zimbabwean coach Kaitano Tembo has been sacked by South African Premiership side SuperSport after a string of poor results at the Pretoria-based club.

The 51-year-old former Warriors and Dynamos defender has endured a difficult campaign this season which has left SuperSport, who are usually perennial top six challengers, in eighth place in the 2021-22 DStv Premiership.

Although Tembo still had a chance to push for a higher finish in the league race, it appears a quarterfinal exit from the Nedbank Cup with Friday night’s 3-2 defeat against second-tier club Tshakuma FC, after SuperSport had been 2-0 up at the break, was the final straw.

In a statement confirming Tembo’s sacking, SuperSport United described the Zimbabwean coach as a loyal servant of the club, having played for the team from 1999 to 2006 and served as assistant coach to a number of head coaches until his promotion in 2018.

He coached in the club’s development before he was an assistant coach.

“SuperSport United and head coach Kaitano Tembo have reached a mutual agreement to part ways, with assistant coach Andre Arendse appointed to the position for the remainder of the current PSL season,” SuperSport said on Tuesday afternoon:

“Tembo has served the club for 23 years, first as a player in 1999 before moving into a coaching role, serving as an assistant to Gavin Hunt, Stuart Baxter and Eric Tinkler and then taking over as head coach in 2018.

“During his time as coach, Tembo reached two MTN8 cup finals, winning his maiden trophy against Highlands Park in 2019.

“Tembo has been a loyal servant of the club and was instrumental in drafting young players from the club’s academy system into the first team squad.

SuperSport CEO Stan Matthews said: “Kaitano is the epitome of the dedicated club man. Very few players transition into coaching at the same club where they played.

“We want to thank Kaitano for the many years that he served SuperSport United in various capacities. It is never easy parting ways but as a true servant, Kaitano has always placed the interests of the club above that of individuals.

“We are grateful for the role he has played both as player and coach.”

Ex-AmaZulu and Cape Town City coach Benni McCarthy has been linked in reports to the SuperSport job.