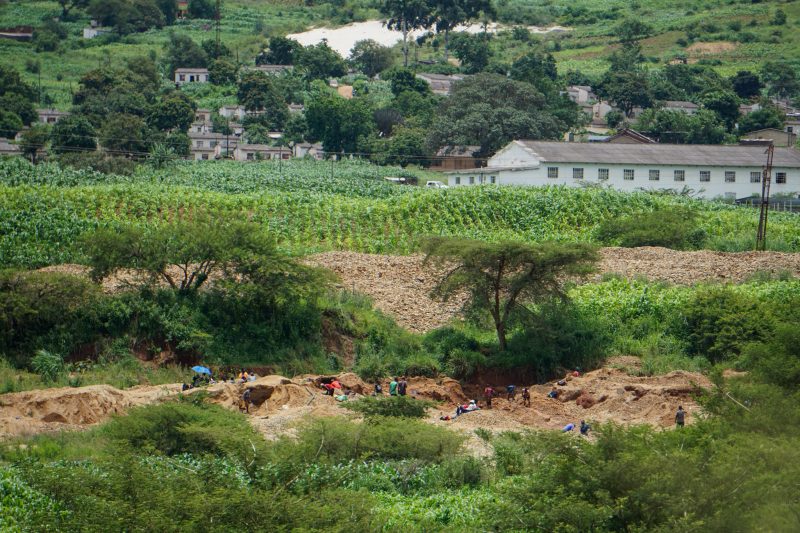 Gold mining activities at Redwing Mine
Spread This News

In an unprecedented move, workers opted for the return of Metallon Gold as they resisted efforts by the Interim Corporate Rescue Practitioner (ICRP)’s Knowledge Hofisi to reimpose opaque BMC mining operations at Redwing.

The workers engaged in a heated exchange with Hofisi at the premises, arguing that a tributary agreement was made in September last year to remove Redwing Mine from a corporate rescue plan.

The irate workers were also annoyed by Redwing workers’ representative Reynos Gumbo after he reportedly handpicked a committee led by Peter Zheke.

“The committee resolved that Redwing operations would commence immediately upon the handling of the mining claim and those operations would not be hindered or interrupted as a way of giving Betterbrands comfort and security for its investment,” reads part of the amended agreement.

Insiders revealed that workers have made a High Court application seeking the annulment of a undo corporate rescue. Judgment was reserved on 31 January 2022.

An employee involved in the proceedings said: “Creditors agreed to cancel tributary agreements, while remaining under judicial management, and hunt for new investors. Surprisingly, we have seen the return of this dubious investor that we voted against. Workers are not aware of the new terms of the amended agreements with Betterbrands, which also elbowed out local partners like Prime Royal that we worked with before.”

“Our fears are that the courts could be compromised because already our own legal advisor is siding with Betterbrands and the ICRP is not listening to our demands,” the employee said.

A local natural resources governance organisation, Centre for Research and Development (CRD) director, James Mupfumi said the woes at Redwing are a result of government not doing enough to curb illicit trade of gold and unsustainable mining operations.

CRD has in the past played a pivotal role in unearthing unsustainable mining operations, environmental damage and social impact in Penhalonga.

“It should be in the government’s interest to allow for responsible investors with the capacity to rejuvenate production at the mine. What is obtaining at Redwing is the subversion of institutions meant to safeguard the rights of workers and community by politically driven cartels of mineral looters. Operations of gold barons at Redwing have proved beyond doubt that they are a worst case of tax evasion, mineral smuggling and human rights abuse,” Mupfumi said.

The workers are at Hofisi’s throat, accusing him of failing to facilitate an agreed dispute settlement structure whereby a formal investor would join forces with local firms including Prime Royal, BMC and Proper deck.

In 2018 a tributary agreement was signed between Prime Royal and Redwing Mine to empower local youths before operations were halted for failure to produce an Environmental Impact Assessment (EIA).