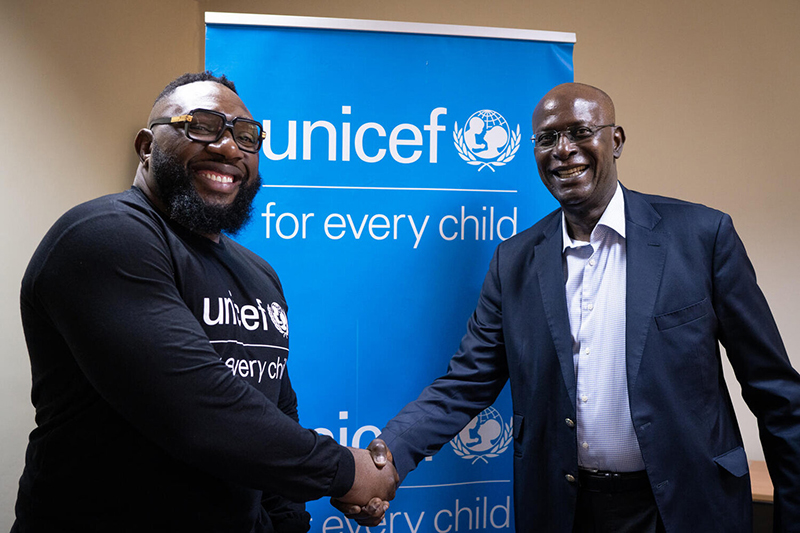 Former Springbok rugby player Tendai “Beast” Mtawarira has been appointed by Unicef as a regional ambassador for eastern and southern Africa.

Mtawarira, who was born in Zimbabwe, but eventually settled in South Africa where he became a rugby legend, will now be able to use his voice to bring attention to Unicef’s humanitarian and development priorities in the eastern and southern Africa region.

The announcement of his appointment follows Mtawarira’s travels with Unicef to Mukuru, an informal settlement in Nairobi, where he spoke with young girls and boys about the challenges of learning in a time of Covid, accessing clean drinking water and the ongoing and significant hurdles families face in Africa.

Even before the Covid pandemic, the vast majority of African children were experiencing a learning crisis.

“I am honoured to take on this new role,” said the 2019 Rugby World Cup winning prop from South Africa.

“I believe education is the great equaliser and every child on this continent should be able to access quality learning and fulfil their potential.”

According to Unicef, many families living in informal settlements in Kenya are struggling with lack of water and proper sanitation and providing for their children’s basic needs.

“It has been humbling to meet with children in Mukuru and hear how going to school is not only important for their education but also for providing a vital place of safety when there are so many dangers and distractions outside the school gates,” said Mtawarira. “Their drive to keep studying despite such difficult living conditions is really inspirational.”

Mtawarira, who has his own The Beast Foundation to support children and youth through sport and education, collaborated with Unicef in 2020 to produce a video titled “Africa strong”  to mark the Day of the African Child.

He was a key voice in Unicef’s “Call from Africa” campaign at the end of last year to increase Covid dose donations in African countries and fronted a video message calling for schools in the region to remain safe and open during the Covid pandemic.

Most recently, Unicef released a World Immunisation Week message from Mtawarira calling on parents to vaccinate their children against killer diseases.