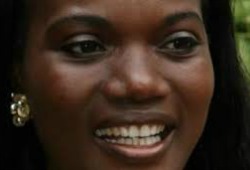 FASHION model turned AIDS activist Tendayi Westerhof-Katekedza said 16 years ago she lost everything after she came out publicly about her HIV status with the media ganging up against her.
Tendayi was married to former Warriors coach Clemence Westerhof and divorced in 2002- the same year she disclosed that she was HIV positive blaming it on the husband, allegations he denied.
She was to later form the Public Personalities against Aids Trust (PPAAT). This, according to her, was meant to encourage other public figures to come out in the open about their HIV status.
In an interview, the vocal Aids activist said she still believes that some journalists were paid to write negative things about her because she had touched a high profile man (Clemence Westerhof).
“And we know there is what is called pocket journalism, which happens and we have seen it on TV and even journalists talking about that,” said Tendayi.
“Sometimes journalists were paid to write and damage me.”
She added, “Because I had touched where it hurts most, disclosing my status and it was very direct, and how I thought I contracted HIV, and the whole picture of it I had put it in the public arena.”
Tendayi said the same journalists who had called her a “gold digger” when she married the National Soccer Team coach were to again attack her for coming out in open about her HIV status.
“Had it been him (Clemence) coming out in the open about his status the media was still going to blame it on me,” she said.
“And this was like a fight between men and women as I was now speaking on behalf of other women.”
She added, “I was the voice in the wilderness and this had touched on a lot of people, not just my marriage or me Tendayi the person, but whoever was involved.”
Tendayi’s husband once coached Sporting Lions FC; he was also a technical director at the Harare-based Agatha Sheneti Youth Academy, Harare United FC and a technical director at the country’s biggest and oldest club Dynamos FC.
She has now published books to tell her real life story, the first one titled ‘Unlucky in Love’.
“I have four children with 3 different men and no one ever bothered to ask me why, but all I can say is the story is in my first book,” she said.
“Unlucky in Love has a story of my living testimony, and talks about my love life, HIV disclosure and what I went through.”Advertisement

She added, “The book talks about how I lived a double life, how I suffered emotionally and mentally as I thought this was the end of the world for me.”
On her second book ‘Dear Cousin’, Tendayi said, “This book is full of advice to anyone who is HIV positive or negative, as HIV knows no boundary.”
“Anyone rich or poor can be infected or affected.”
Tendayi said she was the country’s coordinator for the Pan-African Positive Woman’s Coalition and this has given her a chance to travel around the country and the world to summits and workshops to deliver her testimonies.
She is currently writing her 3rd book to be published “soon”.