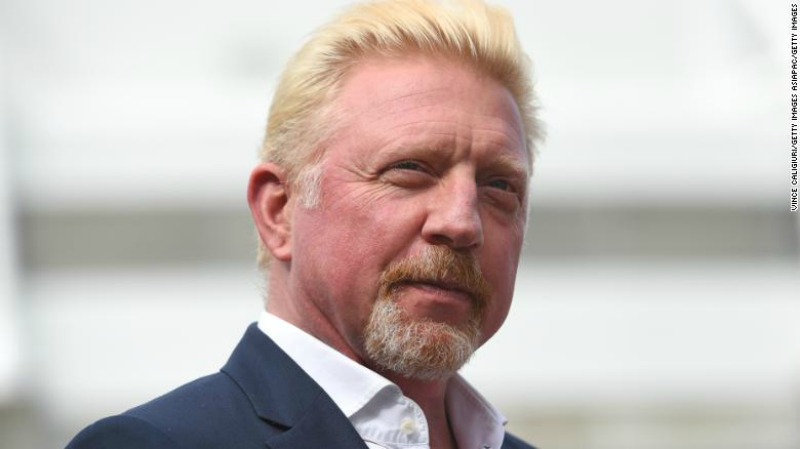 Boris Becker has claimed diplomatic immunity against bankruptcy proceedings in Britain due to his work as a diplomat for the Central African Republic.

The German tennis legend was named as a sport and culture attache to the European Union by the government of the conflict-torn African nation in April, his lawyers said in a statement Thursday.
That appointment gives him diplomatic immunity under the 1961 Vienna Convention on Diplomatic Relations, his lawyers argue, protecting him from attempts to make him repay money he allegedly owes to a London-based private bank.
“The decision to commence bankruptcy proceedings against me was both unjustified and unjust,” Becker said in the statement released by his lawyers, adding that the legal action had “inflicted a whole heap of damage on me, both commercially and professionally, and on those close to me.”
“I should add that I am immensely proud of my appointment at the Sports and Culture Attache for the Central African Republic,” he said. “Sport is incredibly important in Africa and is fast becoming a universal language.”
“There is no reason why a role of this kind should be treated any differently to an appointment as a military or trade attache, which everyone recognizes as attracting diplomatic immunity.”
Becker became the youngest man to win Wimbledon at the age of 17 in 1985.
Becker, a tennis phenomenon who won Wimbledon aged just 17, said he would be “coming after” those who forced him to declare bankruptcy.
Becker is represented by lawyer Ben Emmerson, a former UN Special Rapporteur who has previously represented WikiLeaks founder Julian Assange, Pakistan cricketer Mohammad Amir, and Marina Litvinenko, the widow of former Russian spy Alexander Litvinenko who was poisoned in London in 2006.