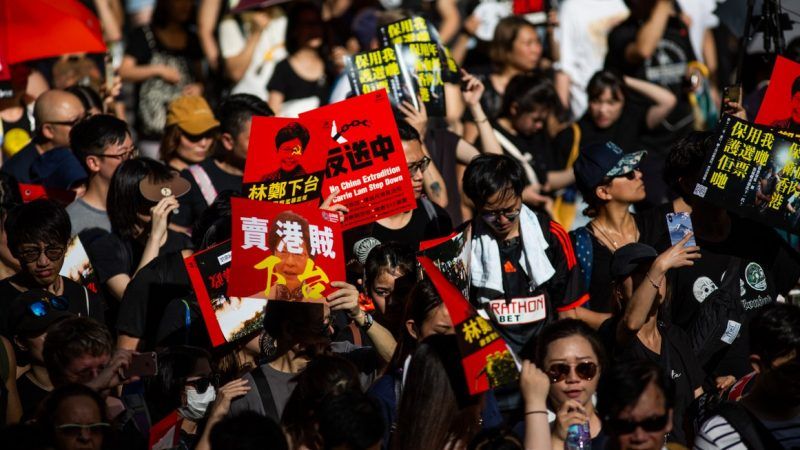 Dozens of Hong Kong pro-democracy protesters appeared in court Wednesday after being charged with rioting, setting the stage for further unrest in a weeks-long crisis that has rocked the global financial hub.

The announcement on Tuesday night that 44 people had been charged with rioting  an offence that carries a jail term of up to 10 years  immediately triggered another round of clashes between police and protesters.

Supporters continued to voice their outrage as they stood for hours on Wednesday outside court, braving heavy winds and rain, as the accused rioters appeared before a judge.

“Release the righteous… no rioters, only tyranny… reclaim Hong Kong, the revolution of our times,” the supporters chanted.

The protesters were generally calm as they took turns to appear in front of the judge, who formally read the charges and granted them bail.

The range of their professions reflected the wide support across Hong Kong society for the pro-democracy movement.

They included a teacher, a nurse, an airline pilot, a barber, a chef, an electrician, a construction worker and unemployed people, according to their charge sheets.

A 16-year-old girl was also among the group.