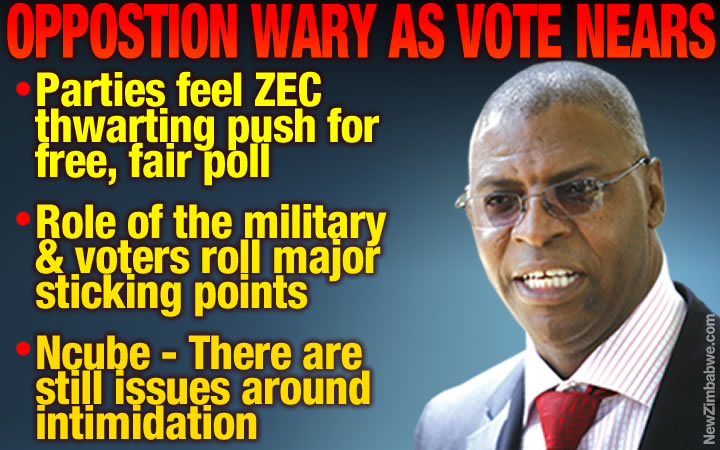 ZIMBABWE’S political parties are trudging along towards the July 30 elections to choose a new administration, although there is simmering tension over state media bias, the role of the military and disgruntlement about the shortcomings by the Zimbabwe Electoral Commission (ZEC), which opposition parties still feel could be deliberately undermining conditions for free and fair elections.

With exactly a month to go before the crucial election, some political parties – especially those in the opposition – still have concerns about the electoral environment.

The July 30 poll is crucial for Zimbabwe, which is desperate to put behind it the events of last November when former president Robert Mugabe was ousted after a takeover of power by the military.

Investors are also waiting on the sidelines to kick-start projects after the polls.

Although Zanu-PF said it is ready for the elections, having rolled out a “well-oiled” campaign programme, the party has had to work overtime to quell disgruntlement from its primary elections in which some candidates felt they were cheated.

If that was not enough distraction, the party has been sweating about the recent explosion at a campaign rally addressed by President Emmerson Mnangagwa in Bulawayo.

“It has drained some energy and focus, although we are continuing to brave the situation. The leaders have said the campaign should continue but we have all been shaken by the explosion and some resources have been diverted to extra security,” a top Zanu-PF official involved with campaigning programmes told City Press on Thursday.

Simon Khaya Moyo, spokesperson for Zanu-PF, declined to discuss the effect the explosion had on the party’s state of preparedness. 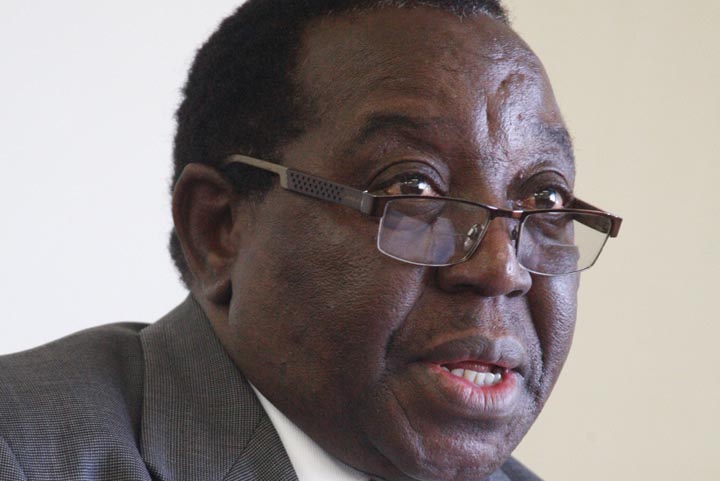 “We can’t discuss that [explosion] because the police are handling it,” he said.

“We are ready for the election, we are ever ready and we are moving ahead. We are receiving huge crowds wherever we are going and we are assured of victory.”

This came amid reports on Friday that two presidium officials in Zanu-PF – national chairperson Oppah Muchinguri and Vice-President Kembo Mohadi – had been airlifted for further treatment in South Africa after they were injured in the Bulawayo explosion.

So crucial is the upcoming Zimbabwean election that Catholic bishops in Zimbabwe have called for “the process of casting and counting votes on the day of the election to be well organised” to avoid disputes.

“No individual or small group should be able to determine the results,” said the Zimbabwe Catholic Bishops’ Conference on Friday.

The role of the military has been a major sticking point ahead of the elections, with Paul Nantulya, research associate at the Africa Centre, concluding this week that “the military could consolidate its hold on the political levers of power perpetuating the exclusionary, patronage-driven politics that have come to define” Zimbabwe.

The Catholic Bishops noted that concerns were raised about the “initial and continuing role of the military” which could have “risks to the freedom of our political processes” in the future.

Zanu-PF and other political parties pledged this week to be peaceful and fair ahead of the elections.

But Welshman Ncube, who is working with Nelson Chamisa under an alliance of aligned opposition parties, told City Press they still had issues relating to the electoral framework and environment which they wanted resolved.

Apart from this, said MDC Alliance, Chamisa is ready for the election.

ZEC appeared to quell some of the disgruntlement when it took political parties to Fidelity Printers, a unit of the Reserve Bank of Zimbabwe, where ballot papers are being printed. The media was not allowed to observe the printing process.

“The state media is permanent in its bias. We have accepted it, we no longer list it as a problem,” Ncube said.

Voter intimidation has been raised in some parts of the country, with reports that voters are still being asked to provide their voter registration slips as a way of intimidation.

Ncube said: “There are still issues around intimidation of voters by requiring them to have their names listed and being asked to bring their voter registration slips.”

Zimbabwe’s 2018 election is playing out on social media, with both Mnangagwa and Chamisa having a heavy presence on Facebook and Twitter where they engage with followers.

But Mnangagwa has roped in instant messaging application WhatsApp, which he uses to broadcast messages.

“He realises that social media can be used to destabilise his campaign and he has taken a proactive measure to communicate directly with followers. WhatsApp has been working well and the consultants have put in a request for him to answer WhatsApp voice and video calls from his followers,” said a source knowledgeable about Mnangagwa’s social-media campaign strategy.

By midweek there were about 25 000 subscribers to Mnangagwa’s WhatsApp broadcast messages. More than 5 million people have registered to vote in the July 30 Zimbabwe poll which, according to ZEC chairperson Priscilla Chigumba, will go ahead despite the complaints by opposition parties.

There are about 23 presidential vote contestants, including former vice-president Joice Mujuru and other little-known contestants, as well as two splinter parties linked to former leader Mugabe.

A presidential election run-off is scheduled for September 8. If there is no outright winner, it will set the stage for a month-long period of intense campaigning and cajoling for political power