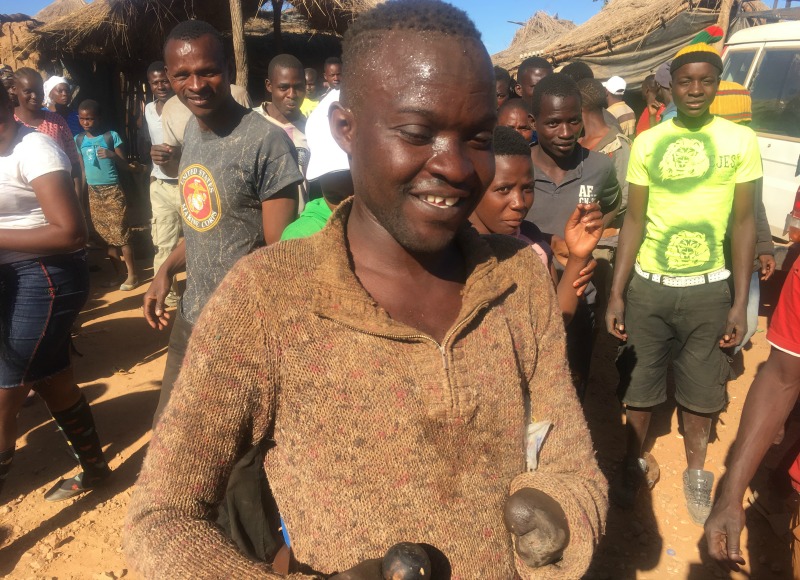 THE story of the famous Fichani twins would pass for a soap opera if not a complete comedy.

Tafadzwa, one of the controversial Harare siblings, has now found a new home among gold panners in the remote mining area of Zenda in Nembudziya district in Midlands.

The area is some 365km from Harare in the dusty backwaters of Gokwe North.

Tafadzwa and Tapiwa, once described as “The Terrible Twins” would be remembered for causing a stir 2006 when they left their father’s mansion in Harare’s Mount Pleasant low density suburb to walk the streets of central Harare wearing goat skins that only covered their private parts while leaving buttocks and rest of their bodies bare. 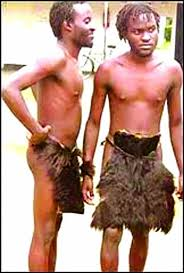 NewZimbabwe.com caught up with one of the siblings, Tafadzwa who now has an amputated left hand.

But the filth around him, coupled with a heavy odour does not speak to the newfound “rich” gold mine owner he so fervently claims to be.

“My arm was injured by a jealous gold panner and doctors had no choice but to amputate it, but before that, it was first bitten by a tortoise,” he narrated.

“For now, I am a proud owner of over 17 mining claims which I call Fichani syndicate.”

The mine was formally owned by businessman Billy Rautenbach.

Tafadzwa claims he makes around $1 000 on a daily basis said he has no regrets “buying” the mine from Rautenbach.

He says all artisanal miners pay royalties to him, a claim later dismissed by gold panners in the mining area.

“They pay royalties to me for just getting in my mine claims and all is well as you can see my life has changed,” Tafadzwa said.

“As you can see, I no longer mine but have people who work for me in my 17 mining claims.”

Tafadzwa is now famous for moving around with a black small knobkerrie and a live chameleon which he said both symbolise chieftainship and powers bestowed on him by the spirits of the land.

“The knobkerrie you see me holding shows that I am spirit medium Nyamatsatsi,” he said.

“The current Zimbabwean situation will only come to pass if the political leaders come to me and ask what can be done and I tell them what needs to be done and we map the way forward.”

The Information and Technology graduate says he is not into IT because it does not pay him as much as gold panning.

“I can’t waste my time saying ‘good morning sir, morning Madam’ to someone and get paid peanuts at the end of the month. No ways; it’s rather I have people calling me Sir here, while I make money.”

“I am here to make money and don’t expect me to be well dressed and looking smart when I am dealing with gold mining,” he said.

“I am here to make money, and when I am done later in the evening you will see me looking smart and having one or two (beers) with my colleagues.”

Zenda mining area in one remote area, which has extremely bad road which is often impassable during rain periods.

Thousands of miners from as far as Bulawayo, Kwekwe, Gweru, Harare and Kadoma flock to the area and the talkative Tafadzwa is one popular man in that area because of his dressing, his strange beliefs and lifestyle.