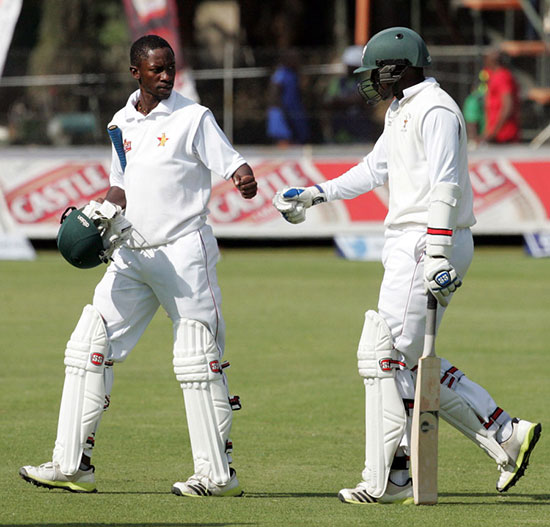 IT seems Zimbabwe has been given a long rope by the International Cricket Council (ICC) regarding the country’s often shaky Test status.
Being excluded from the latest ICC Test rankings is a thinly-disguised warning to Zimbabwe Cricket by an international governing body historically not in the custom of publicly rebuking errant members, but is known to be blatantly forthright behind closed doors.
Zimbabwe has not played Test cricket since being mercilessly whitewashed by home side Bangladesh in November 2014; too long a sabbatical for a country that already doesn’t play enough Tests – but then still hold on to its place among the 10 full members of the ICC.
As things stand, Zimbabwe has not lost its Test status yet. But the message from the ICC is unequivocal – play or lose it!
It’s quite a chilling message ICC has sent, because ZC is hamstrung. They face a terrible dilemma, a three-pronged one.
To begin with, Zimbabwe’s team is presently too weak for Test cricket. Not a great deal of change will be expected from the last result in Bangladesh.
Secondly, as the defeats increase and margins widen, other teams will ever more find them less worthy of playing against in terms of competition offered, and revenue accrual.
And thirdly, it seems ZC had lately been more inclined towards the one-day game in a bid to boost rankings and avoid the newly-introduced qualification route to the next World Cup in 2019.
But there is no way out for Zimbabwe. They must take the plunge, and one gets a feeling the imminent return to Test commitments against New Zealand in July is a result of the pressure being brought to bear on the ICC.
The ICC has to explain to its members, particularly, in this instance, the leading associate and Test hopefuls Ireland – why an inactive full member continues to duck and dive, while others are prepared to grab the bull by its horns.
What does the ICC do if Zimbabwe is not certain of its capacity as a Test team? Withdraw funding, or just reduce the amount? Zimbabwe cannot continue to be a source of such headaches for the ICC.
Almost two years without playing a single Test is just ridiculous. But ICC have a duty to protect the integrity of Test cricket. A feeble Zimbabwe team is another predicament for them.Advertisement

The problem, though, is of Zimbabwe’s own making – as is often the case. Zimbabwe Cricket doesn’t inspire confidence in those who would like to help, like ICC.
In 2013, the team looked on the recovery path at Test level with a historic home win over Pakistan. Just three years later, all the gains have been reversed. Key players have been driven out by financial and administration issues.
Home-grown specialist coaches, Grant Flower and Heath Streak, were astonishingly shown the exit after making significant strides with the side. They have proved a success abroad.
And for a Test nation with the smallest pool to choose from, there are far too many locally-groomed players outside the system, players who can so easily stake claims in the Zimbabwe side.
It’s not clear how long Zimbabwe will go after July. For now, they are just hanging in there.