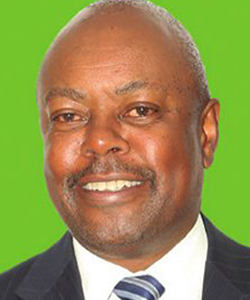 THE takeover of Tetrad Investment Bank by Horizon Capital Consortium has been stalled by regulatory approvals and creditors on Friday voted for a moratorium to protect the bank’s assets, pending finalisation of the rescue deal.
In May, Tetrad Holdings shareholders approved the takeover of the group’s investment banking arm by Horizon, which wants to inject $200 million fresh capital into the struggling bank – one of the seven financial institutions being monitored by the central bank under the Troubled and Insolvent Bank Policy.
Horizon is made up of a Russian investor – Sergey Pokusaev, the Zimbabwe government and other local investors.
During a scheme of arrangement meeting at a local hotel attended by hundreds of angry creditors and depositors as well as a consultant representing the potential investor, management pleaded for the deferment of payment until October 31 to pave way for the takeover processes to be completed, or risk losing out.
The affirmative vote means that any action, application or executions against the bank will be put on hold.
The bank, which has over 3,000 depositors, had been issued with 65 summons, with 17 of those seen as presenting a threat to its assets.
Creditors were informed that the bank would be placed under curatorship or liquidation should they fail to vote in favour of the moratorium, hindering the potential investment.
“The ultimate objective of passing this scheme is to provide relief to the bank and it will enable us to go forward and complete the investment transaction which will return the bank to normal,” said Tetrad’s head of legal and advisory affair, Marcus Campbell-Reynolds.
He said the vote would also lead to the immediate stabilisation of the bank and protect it from legal risk.
Bhudama Chikamhi, the managing consultant of BCA Consultancy Services, representing the potential investors, told the meeting that the prospective shareholder was committed to the transaction once regulatory approvals were completed.
“Unfortunately because of the sensitivities involved in the transaction, we are not in a position to give too much detail,” he said.
Chikamhi also read out an email from the investor at the behest of the meeting’s chairperson, former High Court judge, Justice George Smith.
“As Horizon Capital Consortium, we are very happy that stakeholders have come together to create a common vision. We are working to ensure that the bank is capitalised in a manner that guarantees stability.Advertisement

“Our consortium brings together foreign and local players. It is our target that we capitalise the bank to the tune of $200 million over the near future. Greater details will be announced once all necessary regulatory protocols have been observed,” said Horizon in the letter.
Tetrad group chief executive Eugene Mlambo said the transaction was initially scheduled to be concluded in June but had experienced delays.
“The transaction came out to be far more complex than we had actually anticipated. Even the information that is shared with us is extremely limited,” he said.
Some agitated creditors wanted assurance on whether they would get their money by October 31, while others were demanding interest.
“The whole idea is that we buy enough time so that we can conclude the transaction. From the information that we have seen, there is money. It’s not a perfect scenario, I understand the frustrations,” said Mlambo.
Pressed to reveal how much creditors are owed, and the ownership structure under the new deal, Mlambo said creditors were owed $75 million and that the deal was a 49/51 percent shareholding in favour of locals.
“The investor is putting in all the money,” Mlambo said when asked how much the government’s stake was worth.
Management said it had cut costs through voluntary retrenchment and cutting work hours. Employees had also gone for months without payment, they said.
Mlambo said the bank’s problems started when the central bank increased capital requirements to $25 million and the company failed to convert its assets to liquid.
“We do receive the cash but that cash we lend it out to borrowers. So the bulk of the cash would go towards loans. We did not utilise the cash to acquire properties,” he said, adding that some of the money was used as working capital.
The group finance director Thomas Chimanda said the bank was solvent as it had assets worth $85 million, while liabilities amounted to $83 million.
“So, on a net asset position basis, we are solvent,” he said.
He said the bank was owed $14 million in loans, $10 million of it being insider and related-party loans, with $5,4 million having been recovered so far in the form of properties.
The group, which established in 1995, comprises a merchant bank, TIB; an asset management Company, TFS Management Company; a micro finance company, Multiridge Finance; an insurance company, THI Insurance and a property development and management company, Tetrad Properties.