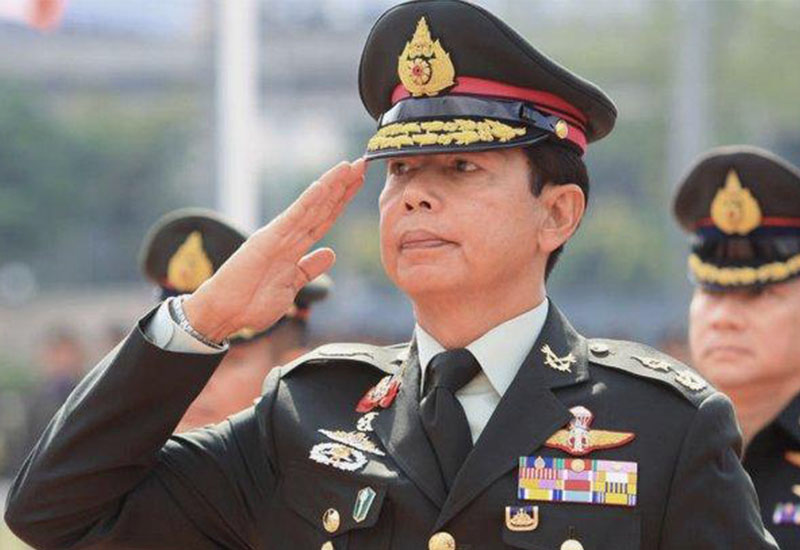 Thailand’s army chief slammed exiled former leader Thaksin Shinawatra in a rare briefing following a disputed election, a further sign that his allies will struggle to form a government.

“He never admits to his crime,” Apirat Kongsompong told foreign media organizations in Bangkok on Tuesday. “If someone has money and is powerful, does that mean you can never go to jail? You can travel around the world?”

The army chief spoke in the wake of Thailand’s inconclusive and dramatic general election on March 24 after nearly five years of military rule. A proxy party for the ruling junta and an alliance critical of the military government both claim they have a mandate to form the next administration.

King Maha Vajiralongkorn on Saturday revoked royal decorations given to Thaksin because he fled Thailand after being sentenced to prison, which is “an extremely inappropriate behavior,” according to a statement posted on the Royal Gazette’s website. Thaksin hasn’t set foot in the country since 2008 after being accused of corruption in a case he has called politically motivated.

Provisional results show the Thaksin-linked Pheu Thai party emerged with the most seats after the vote. He or his allies prevailed in every election held since 2001, only to be unseated from government by coups or the courts.

Pheu Thai says it has built an alliance of anti-junta parties that would have a majority in the lower house. The pro-military party, Palang Pracharath, won the most votes of any single party and says it plans to form a coalition government.

Apirat didn’t explicitly rule out another coup, saying that staging one is difficult and depends on prevailing conditions in the country. The military doesn’t want to get involved in politics, he added. Both Thaksin and his sister, Yingluck Shinawatra, were ousted by the military.

“Staging a coup isn’t easy,” Apirat said. “It depends on the situation. Right now it looks like things are going well.”

The shape of the next government may not emerge for many weeks, following a messy election dogged by opposition claims of rigging and incompetent administration. Authorities must certify official results by May 9, which comes a few days after Vajiralongkorn’s coronation ceremony.