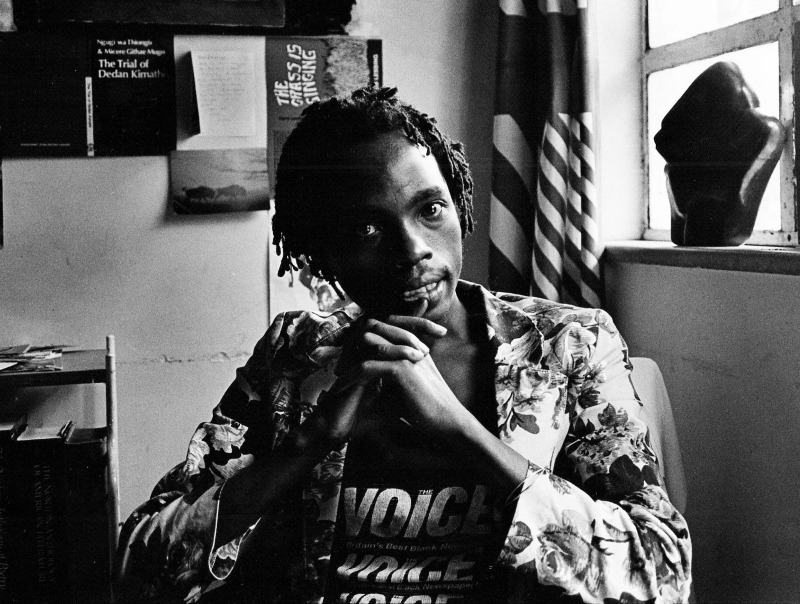 If Dambudzo Marechera had not existed, Zimbabwe would have invented him.

Despite his demise, aged 36, on Aug. 18, 1987, the mythology that surrounds Marechera is as obscuring as it is fascinating. His mythical boldness bore little resemblance to his tentative, almost timid character.

Marechera’s reception in Zimbabwe was not always welcoming. The writer was accused of not contributing to the nation-building project. The literary establishment dismissed his debut work The House of Hunger as a “sideshow” and reviled him for his “outlaw” ways. But Marechera was speaking to and for a postwar generation. He didn’t want Zimbabwe, the last British colony, to turn into another failed postcolonial state. His audience, then and now, comprised of the young, who cared little about hero-worshipping, but about racial equality and economic advancement. Never mind that their hero, Marechera, remained destitute for the rest of his life.

When The House of Hunger was published forty years ago there was no futuristic sensibility to the book. It captured a specific time and political milieu. Yet the book has long been regarded by Zimbabwe’s “born-free” generation as prophetic. Zimbabwe, under the tenure of deposed president Robert Mugabe, became a literal “house of hunger’ after the land occupations of 2000, which disrupted the country’s once productive agricultural sector.

The notion of Marechera’s propheticality, researcher Anna-Leena Toivanen argues, stems from the critical position he adopted towards the post-independence regime. This is a point activist Takura Zhangazha elucidates when he says:

Marechera wrote not for political reasons or to be politically correct or wrong. He wrote for generations so that they could come to terms with how Zimbabwe had evolved as a country. He was a rebel with a cause, he was a prophetic writer and sought to speak through his writings.

Since the turn of the millennium, The House of Hunger has become a basic text for Zimbabwean youth who found their country claustrophobic and oppressive. The book had anticipated these devastating consequences. Marechera considered fiction a “form of combat.” There is no doubt that his work is complex, challenging–and uniquely potent. He was adopted as Patron Saint for The House of Hunger Poetry Slam, a platform that gave young Zimbabwean poets a chance to express themselves freely and explicitly.

Down but not out

The House of Hunger was supposedly written in three weeks in a tent pitched next to a river after the writer had been expelled from Oxford. After the expulsion, Marechera technically became an illegal immigrant in Great Britain. That he was down and out is not in question. His accounts of how he composed his early writings have been revealed to be an ingenious act of self-mythologizing. Yet the way that novella is so enduring—so impervious to shifting cultural winds—seems to indicate something about how successfully it articulates a very Zimbabwean restlessness.

Six months after The House of Hunger was published, Marechera traveled to Berlin in June 1979 without a passport to attend a cultural event. He got detained at the airport, and after some protest from the organizers, he was released and gave a rousing speech announcing his arrival on the literary scene. At this point, he was an unknown 27-year-old writer with a newly published book that had received endorsements from Doris Lessing and Angela Carter. In Berlin, Marechera first authored his own mythology, his theatrics earning him notice from the media, authors, and academics.

Marechera’s rebelliousness against the white minority government under Ian Smith in Zimbabwe (then Rhodesia) followed him abroad, visiting the troubles he experienced at home on readers and fans in Britain. This is captured in his outlandish behavior at the 1979 Guardian Fiction Prize ceremony where he threw plates and cups at walls and chandeliers, partly a response to the way he had been packaged for a rich white audience whom he accused of celebrating him while his people were suffering and being killed by the Rhodesian forces.

The original title of The House of Hunger was in fact At the Head of the Stream, an element nearly lost to history. His publisher, James Currey, didn’t think it was a sexy title that could sell the book. But regardless of their compelling titles, Marechera’s books are not easy to find in Zimbabwe. They are not available in the few bookshops that remain even though Xerox copies appear on the streets time and again.

Marechera might be well loved but, in Zimbabwe, he is not well read.