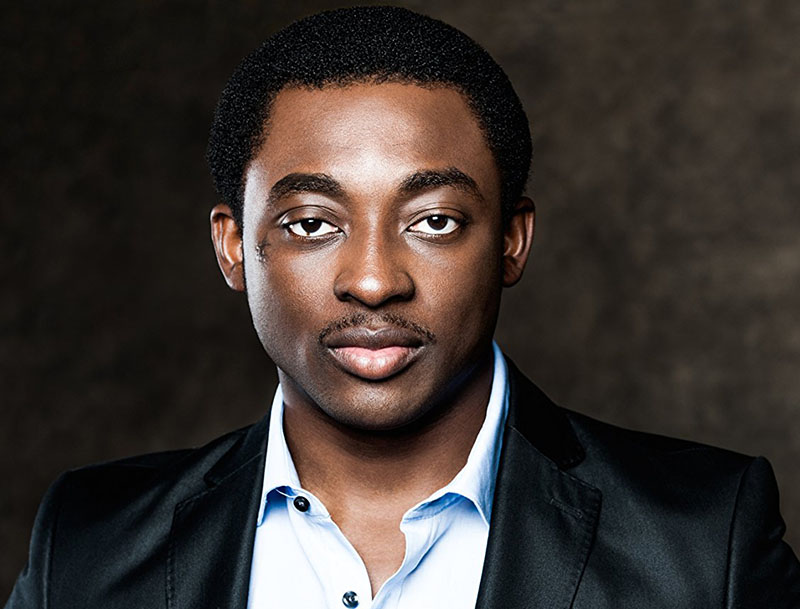 ON the hit sitcom “The Good Place”, Bambadjan Bamba plays an eternal being in the afterlife. In reality, the Ivorian actor is living in limbo in the United States as an undocumented immigrant.

The 36-year-old Bamba, who most recently appeared in “Black Panther,” is one of 700,000 “Dreamers” — immigrants brought illegally to America as children who were protected by the Obama-era Deferred Action for Childhood Arrivals (DACA) program.

“For a while, I wanted to share my story but I was paralyzed in fear,” he said in an interview with AFP as he picked up a human rights award in Los Angeles from the American Civil Liberties Union.

Bamba’s family fled political instability in the west African state of Ivory Coast in 1993 and he arrived in the US when he was 10.

The young French speaker learned English quickly and got into New York’s Conservatory for Dramatic Arts, driving taxis to pay the fees.

It was during the college applications process, when Bamba was thinking about financial aid, that his parents revealed they had no legal status in the United States.

They were eventually granted political asylum, but Bamba was 21 by then — too old to share the new rights they had won.

Despite his undocumented status, the aspiring star began picking up acting jobs and has appeared in more than two dozen television shows such as “Law and Order,” “ER” and “Grey’s Anatomy.”

In 2016, he secured a recurring part as a human rights activist and secret celestial torturer in NBC sitcom “The Good Place,” and has since appeared in small roles in two comic book blockbusters — “Black Panther” and “Suicide Squad.”

Like thousands in his situation, Bamba felt like his world had collapsed when President Donald Trump canceled the DACA program last year, leaving Dreamers vulnerable to deportation at any moment.

The court system has ordered that the scheme continue, but the uncertainty surrounding their status remains.

“It has really been volatile. There’s so much uncertainty in our communities. There’s a lot of fear and we don’t know what’s going to happen next,” he told AFP.

“Most of us have families, degrees, have careers, have made our lives here, and we really don’t know what’s going to happen month to month.”

Bamba had told very few people of his citizenship status but decided to speak out in an interview with the Los Angeles Times in November of last year.

“I have a wife and a daughter. She’s one-and-a-half years old. Back in November, that really spurred my decision,” Bamba told AFP.

“I looked at her and I wanted her to know her father stood for something and stood for her, especially right now when families are being torn apart at the border.”

Bamba says friends and colleagues have been incredibly supportive since he “came out,” and his fears that it would nix his career turned out to be unfounded.

He told the LA Times his biggest worry was being hauled off set by immigration officials during a shoot. He works a lot in Canada or elsewhere abroad but always worries about getting back into the United States.

The Republican-led Congress failed earlier this year to pass immigration reform proposals, including one championed by Trump that would have resolved the legal status of 1.8 million migrants.

Lawmakers are working on a new solution that would include measures to boost border security and reform legal immigration but, for the time being, the uncertainty is a black cloud hanging over the Dreamers.

“I thought, with the government shutdowns and all those things that happened, that we would have something on the table. So the fact that we don’t have anything helps me know that the fight continues and that I have to continue to do my part.”