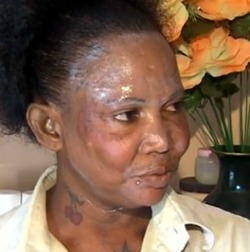 TO be black in the world today is to be stigmatised for having dark skin. To be light-skinned, on the other hand, is to be celebrated in line with western beauty standards.
Black people not only experience this stigma from outside of their “racial” group. The bias against dark skin has also been internalised by black people the world over and manifests as colourism within the black community.
My research suggests that African-Americans consider light skin as the most ideal personal characteristic one can have. And this internalised bias towards whiteness is not only limited to the US. In my 30 years of studying this subject, I have found it to be prevalent in all places where people of African descent live – including Togo, Senegal, South Africa, Kenya and Nigeria.
The stigmatisation of dark skin has led to the popular practice of skin bleaching. After discovering the practice three decades ago, I began to investigate a condition that I have named the “bleaching syndrome”.
There have been attempts by governments to discourage the use of skin bleaches through sales bans, but these have been largely unsuccessful.
For as long as black people continue to idealise light skin, the bleaching syndrome will continue to afflict many dark-skinned populations.
The bleaching syndrome