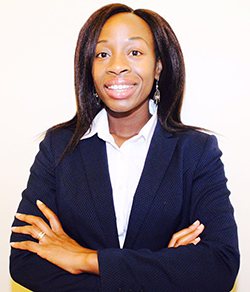 TO Be or not to be? That is the question that Britain faces regarding its membership of the European Union (EU).
On 23rd June 2016, British and Commonwealth citizens resident in the UK must decide whether Britain should leave this club or whether it should remain as a member of this bloc of nations and, thereby, remain subject to its many rules and regulations which are superior to UK law.
As the debate on this question rages on, it is clear that this decision is a very important one that will affect people living in and outside Britain in many ways. It is not just EU Citizens who will be affected by this decision. The issue is really a lot closer to home than one might think.
The European Union has a lot of laws and regulations that govern the affairs of all its member states including the UK. These laws come from the European Parliament and the European Court of Justice. There is a vast amount of laws that have come from Europe which have seen EU Law become quite a distinct and very important area of law on its own.
In fact, what the European Union has done is create a European Legal System for its member states that has become an integral part of the legal systems of Member States. As a result, Britain now has this dual legal system with English Common Law on one hand and then the European Community Legal System on the other hand.
It is important to note that most of the EU laws safeguard the rights of many people whether they are British citizens, EEA nationals or Immigrants living in Britain. EU Laws also regulate businesses in Europe.
One area that has greatly benefitted from EU law is employment law. EU Laws have significantly enhanced the rights of employees in Britain and given them far much better rights than they have under UK Law. EU law governs various aspects of the employment contract in order to protect workers.
EU law has also created the concept of free movement of people and goods which allows EU citizens and their families (British Citizens included) to live and work in any country of their choice in Europe.
EU laws have been able to achieve this because of their supremacy over UK Laws, or the laws of any member State for that matter. Most of the EU Laws have a direct effect in Member States. This means that these laws confer legally enforceable rights on individuals in the member states. Where the laws have a direct effect, the Courts of the member states are bound to apply these EU Laws when they make decisions.Advertisement

There are clearly both advantages and disadvantages for Britain as a Member of the European Union.
Those that are campaigning for Britain to remain in the UK argue that Britain is better off in the EU as the benefits to the economy and the national security of the U.K. far outweigh any disadvantages of being in the EU. It is argued that being in Europe allows Britain to share intelligence easily with other EU countries which is good for the UK’s national security.
The arguments are that membership of the EU is also an attractive incentive for companies to invest in the UK and this in turn creates jobs for the British people. It is argued that the EU is Britain’s biggest trading partner and if we leave the EU, then Britain will lose the trade agreements and preferential treatment it has within the EU as a member of the club. It is argued that, outside the European Union, Britain will be isolated and lose its influence on the world stage which it has in the European Union.
The Brexit campaign which is calling for UK Citizens to vote to leave the EU argue that Britain must leave the European Union in order to preserve its sovereignty as it views the European Union whose rules are superior to the laws of the UK as a threat to the Sovereignty of the U.K.
The Brexit campaigners are of the view that Britain does not need Europe and, without Europe’s interference in its governance, the country has the potential to do better both economically and on the world scene as it did in the old days of the Great British Empire. They view EU laws as cumbersome and unnecessary red tape which negatively impacts businesses.
They also argue that free movement is not good for the Britain’s national security because it opens the doors for terrorists to travel easily within Europe without being detected and this places the UK at risk.  Another argument for the Brexit campaign has been that EU membership is not good for Britain’s borders as it has seen a flood of migrants coming to the UK from the EU.
From an immigration perspective, membership of the EU has a lot of advantages for migrants from outside the EU as well as EU migrants. This is because many laws have come from the European Parliament, European Court for Human Rights or the European Court of Justice that have benefitted a lot of people living in the UK today.
The benefits for immigration are not just for EU Citizens who have a right to live and work in any European nation of their choice but the benefits extend to their families and family members of British Citizens who can bring themselves within the remit of EU Law.
It is important to understand that it is not just EU Citizens who might lose the right to come and live in the UK easily. Family members of British Citizens who would have benefitted from the decisions that have come from the courts in Europe or from the laws of the European Parliament might also be affected by Brexit.
For instance, single parents who are primary carers of British Citizen children are currently entitled to reside in the UK because of these children as a result of European Law. This right came from the famous case of Ruiz Zambrano, a 2011 case from the European Court of Justice.
In Zambrano v ONEm Case C-34/0, the European Court of Justice held that parents of a child who is a national of a Member State must be granted a right to reside in the Member State with that child in order for the child to exercise and enjoy their treaty rights. Since then there has been an amendment to European Regulations to confirm that right here in the UK. This principle has been extended to cover not just foreign nationals caring for adult direct relatives who are British citizens.
Partners of British citizens who have lived and worked in a European State for at least 6 months are entitled to be admitted to the UK as a result of the European Court of Justice’s decision in the case of Surinder Singh. This route of entry for family members of British Citizens has become one way of escaping the harsh and strict requirements of bringing family members to the UK under the UK’s own Immigration laws. Many people seeking to be reunited with their families have utilised this option to facilitate their family members’ admission to the UK.
European laws have also helped tackle a lot of injustice and made it easier to tackle social injustices such as discrimination, racism and other inequalities. The European Convention on Human Rights although it is separate phenomena from membership of the EU might also be at risk of being done away with if Britain decides not to have anything to do with Europe.
Even though the EU Referendum has nothing to do with Britain being a signatory to the European Convention on Human Rights, in my opinion, leaving the EU might set a bad precedent which could eventually lead to Britain withdrawing from the European Convention on Human rights. So many times, Theresa May has threatened that Britain will pull out of the European Convention on Human Rights which safeguards the rights of both Immigrants and British citizens.
There is a lot at stake if Britain pulls out of the EU club.  Many rights that are currently protected by EU Laws will be at risk. Not just in the area of human rights, employment, immigration, mental health and business law but in many other areas as well. There will be a vacuum in the legal system which has been complimented very nicely by the European Legal System. How that vacuum will be filled is anyone’s guess.
Click on the following links for 2 recent Immigration law video updates with Primerose Makunzva.

Please note that this paper does not seek to provide direct legal advice in people’s individual cases. If you think you may be affected by the Immigration law reforms in the UK, please seek advice from a professional.
Primerose Makunzva is a solicitor and partner at IPS Legal Solicitors LLP in Central London.  She can be contacted at p.makunzva@ipslegal.com or on + 44 (0)7818 066522