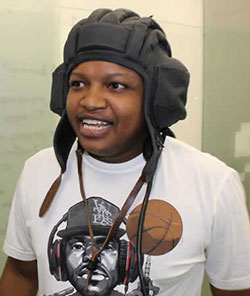 THE Bulawayo Show, a compilation of animated video clips, premiered Friday at Rainbow Cinema in Bulawayo.
The show is the brain child of Ingwe studios and 31-year-old Brucik Lungovich (real name Thabani Lunga) who is a fourth year medical student at the Perm State Medical Academy in Russian depicts various social, political and cultural issues in the country.
“There is a gap when it comes to comedy, especially animated comedy,” said executive director and Ingwe Studios director, Zenzele Ndebele.
“So we decided to do the show to entertain people and also educate them. The response was good and each episode was viewed by more than 5 000 people on Facebook and shared a lot on WhatsApp.”
Due to the popularity of the video clips which have in the past months gone viral in Bulawayo and beyond, the premiere the comic video clips saw comedy lovers from all corners of the city grace the successful launch.
The venue was packed that those who could not find any seats had to sit on the floor.
Ntuthu’s Foreplay Guide