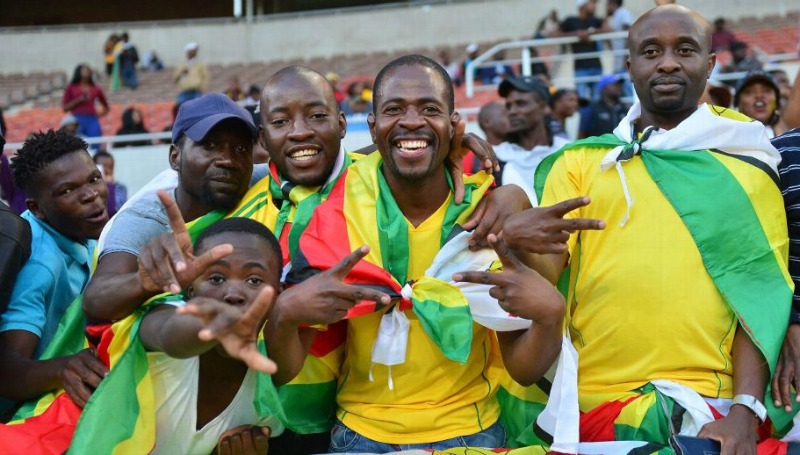 Before Warriors coach Sunday Chidzambwa starts contemplating the task ahead however, he can afford a moment of reflection on what was ultimately a satisfactory outcome in Congo.

His players did well to avoid what would have been a potentially catastrophic loss to a direct competitor for a top-two finish, and there was a resilient streak about the team which could come in handy in the future.

On the downside though, this was far from being a polished display by the Warriors and below, KweséESPN looks at three takeaways from the battle in Brazzaville.

One big call Chidzambwa made was to start new Orlando Pirates signing Kudakwashe Mahachi ahead of the inform Talent Chawapihwa — who also plays in the South African league for Baroka.

Mahachi’s mere inclusion in the team had come as a surprise of sorts, not least because he had been overlooked for the Cosafa tournament which was used as a dress rehearsal for the Afcon qualifiers.

It would not have helped his case that he went on to endure a difficult start to life in Soweto, where he has managed a mere three substitute appearances for a sum of 70 minutes since the start of the season in South Africa.

Granted, Mahachi’s performance in Brazzaville was not entirely disastrous. He tried hard to track back and bail out right-back Erick Chipeta (who himself is rusty having not yet received a work permit at his new South African club Cape Umoya United) while largely avoiding unnecessary loss of possession. But he was just that, decidedly ordinary.

And the flipside is that Zimbabwe could have fared a great deal better with an exceptional talent in the same position in the form of Chawapihwa, whose menacing wing play has become a major talking point in the Absa Premiership this term.

Whereas Mahachi is largely a one trick pony, Chawapihwa is a more rounded attacker whose mix of searing pace, skill and imagination could certainly have enhanced the potency of Zimbabwe’s attack.

Looking ahead, the mere prospect of Chawapihwa combining with Billiat and Knowledge Musona behind a fit-again Tino Kadewere is mouth-watering.

It says a lot about Zimbabwe’s options at right-back that Chidzambwa had to summon forgotten Erick Chipeta from the obscurity of the South African second tier to rescue the cause.

But Chipeta has found himself at Cape Umoya United not by choice, and hard as he tried on Sunday, he just could not prevent his side of defence from being occasionally turned into a highway by the Congo forwards.

Diaspora talent Tendayi Darikwa had been the man earmarked for that role only for his passport application to run into problems apparently due to archaic laws still being used by the Registrar General’s office.

Apart from defensive solidity, Darikwa would also bring the kind of offensive thrust which Chipeta barely offered on Sunday.

The Nottingham Forest man has often played as a wide midfielder, something which speaks volumes about his level of technique.

Darikwa would certainly prove a valuable addition to the Zimbabwe line-up if his passport situation is resolved before the matches against the DRC next month.

In the absence of the stricken Marvelous Nakamba, Zimbabwe played with a double pivot of Danny Phiri and Marshall Munetsi, and the South Africa-based pair often looked overwhelmed at the heart of a team struggling to retain possession.

It did not help that further up-field, there was a lack of clarity on who exactly was supposed to occupy the attacking midfield role between Musona and Billiat.

It was only in the latter stages of the second half that Munetsi started moving around with a semblance of authority.
Nakamba might not be fully fit for the crucial matches against the Democratic Republic of the Congo next month, and Chidzambwa would have to decide whether to persist with Phiri and Munetsi or possibly bring back veteran former captain Willard Katsande.

The bottom line though is that Zimbabwe would need to be a lot more cohesive and keep the ball better against the Central Africans, meaning some tweaks might be needed in central midfield.