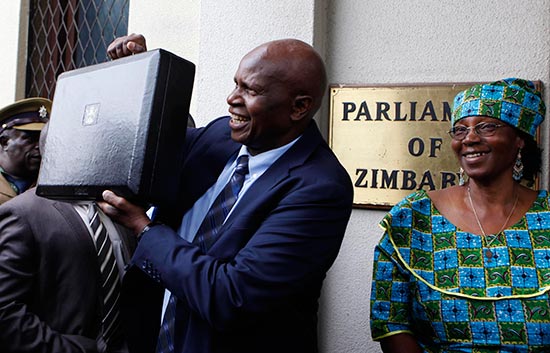 “ONE thing I like about their community is that they are not apologetic about their SUCCESS” – A statement no doubt inspired by Phillip Chiyangwa.
I write this because I know how careless with our lives “Our dear leaders” are. They are unwittingly creating a society that will consume itself and yet they know what to do and they have the tools to do something about it.
I write this article because I realised that what is emerging from the new middle class in Zimbabwe (The Rang Rover set) is a new form of divine right (i.e. the irrational belief that wealth comes because God has blessed someone) and the creation of a society of envy.
Given how small the population is (generously put 15 million of us world-wide, the same population as the city of Shanghai), we can’t afford to be stupid and reckless. We can’t afford to be normed to be selfish and allow greed to flourish. We cannot normalise and make respectable the suffering of others and ignore those that are on the margins; and we certainly can’t afford to have others left behind.
It is in all our best interests to lift each other and realise that, that so-called “success” is based on the under consumption of others in our society. Therefore, we all have a duty to society to make sure our fellow brothers ad sisters are also taken care of. This will improve our standard of living and make us more agile and more robust.
I also, draw inspiration from an Igbo proverb; “when you see a slave being cast into a pit and you are a slave know that your turn will be next” – Things Fall Apart. Understanding the histories of others has an advantage. It allows us to actually prepare ourselves for the same eventual fate when it’s our turn.
The Tiger countries led by South Korea and China learnt a very important lesson; a lesson that potentially saved the global economy from a total and fatal disaster in the 2008 financial crisis. Unlike in the West, they had learn from their financial crisis and had regulated their markets.
In the case of China, limits were put on derivative trading; some industries were not open to investors. That lesson was also that the market could just as easily be corrupted and that, some industries should not have any foreign investment. In other words, there was a limit to what raw capitalism could achieve and certainly it didn’t take care of other externalities. Simply put, GREED ENSLAVES US ALL!!  Or as the Malay president put it, “absolute power corrupts rulers absolutely in the same way that absolute power to the global financiers can corrupt absolutely”.Advertisement

A new economic formula was introduced to South Korea, Indonesia and Malaysia, free markets. If they liberalised their economies and used the now discredited Laffer curve i.e. limited taxation for the rich and were attractive to foreign investors, wealth would trickle down and they too could have the good life and poverty would be a thing of the past.
So they followed the rules of marketization; they stream lined the fat (i.e. cut public spending), opened up their markets to that thing Mr Mnangagwa has become enslaved by “Foreign investment”. Their leaders’ job – yes including the brutal Suharto of Indonesia who had risen to power through a patronage system which became impossible to get rid of when the East Asian crisis occurred – he too was trying very hard not to “scare the foreign investors” away.
However, power is a curious thing. As money poured into the countries and big companies and banks moved in, it seemed they had never had it so good. Consumer spending increased exponentially and, eventually, national and individual debts began to rise. Overvalued condominiums in Bangkok, which no one lived in suddenly, became investment properties and the biggest real estate bubble began.
The first country that experienced the first economic crush was Thailand and thereafter it was a domino effect, South Korea followed and then Malaysia. The heart breaking images of South Korean housewives queuing with their last dollars to save their country is an image that most Koreans will never forget.
When the contagion got to Indonesia, Suharto refused to bow down to the IMF but eventually he had no choice. Watched over by the IMF, he signed the IMF deal and for a while it appeared as if the problem had been solved. However, the IMF dollars had simply been shuffled off to pay foreign investors who were quickly evacuating the country. Within a year, the Indonesian currency lost 80% of its value and the taxpayers were left to pick up the tab and the real wealth of those countries had been devoured.
At the time, this phenomenon was blamed on the fact that, Asian economies were “not western enough”. However, soon after, Tiger countries took hard measures and said “never again”!! They began implementing stringent measures and swore never again to be beholden to the global financial institutions.
These are lessons we haven’t learnt based on the man I currently follow like a hawk, Patrick Chinamasa. I follow him largely because a couple of years ago the EU said “the Zimbabwean establishment knows what to do to come out from the cold”; knowledge the state hasn’t told us about but they are happy to communicate with the EU (maybe it’s a matter for the senior politicians just like Mpoko’s one-year hotel bill) lol!
By the way, we are still waiting for Patrick to tell us what exactly he signed up to in Lima, Peru, in part, because since his return, the Economist (the Neoliberal bible) has suddenly started to tell us to give him a chance! There would be no need for IMF loans if you had implemented real governance structural change not these soft coup d’états that they do; and they all know this which is what’s mind-boggling.
To me Chinamasa a.k.a the “formidable diplomat according to Mr Mnangagwa” (lol!) appears answerable to global financiers and not to Zimbabweans. What’s he doing aside from going to global finance conferences, political posturing and waving a flag?
Since 2013 the economy has less liquidity; at the same time the economy has deflated and he has confusing fiscal policies which change daily. What’s ironic is, the ghost workers on the civil service payroll existed when he was Justice Minister – then they were an important political tool at the expense of all of us.
So, Mr Mnangagwa, it’s bad enough that you and your Gangster G-40 group have turned us into a real life laboratory for what happens to a society in distress and experiencing hyper-inflation. You steal food from our families’ mouths, terrorise us and put on spectacles when we actually don’t have the money for these endless rallies which are a huge source of embarrassment to the country and tarnish our image in the eyes of other Africans.
Your policies will externalise an entire economy, increase inequality and greed will flourish and become uncontrollable. Already we a society of envy.
Chiyangwa’s videos speak more about the value system you have created!