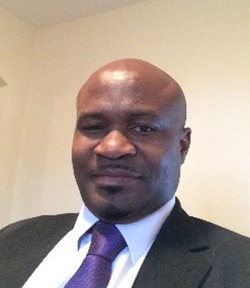 WHEN the government of Zimbabwe borrows money, they are borrowing it on behalf of you me, our children and our grandchildren. When we elect officials onto political positions, we are also giving them a mandate to borrow on our behalf and, therefore, tying ourselves into an obligation to repay what they borrow.
The state will have to take money from us (in taxes) so that they can repay the money that they borrow. Lots of borrowing and indeed government expenditure (in a depressed economy) mean higher taxes. That is why it is very important for all of us to understand why the government borrows and what they are going to spend the borrowing on.
On the 16th of March 2016, the Governor of the Reserve Bank of Zimbabwe announced that he expected the IMF to resume lending (after suspending it in 1999) to Zimbabwe from July to September and explained what the country needed to do to unlock the lending.
But in a bizarre twist, the following day, on Thursday the 17th of March 2016, the IMF made a counter announcement to the effect that lending to Zimbabwe can only be resumed if Zimbabwe pays up its debt arrears, and just a few days before that the IMF Press Release No. 16/96 on the 9th of March 2016 had reported that Zimbabwe’s economic difficulties had deepened and policy action was needed to reverse the decline.
The IMF’s report goes on to cite the government’s fiscal indiscipline (inability to control government spending) and inability to improve the business environment amongst other things as contributing factors. While the governor sounded optimistic, the fact that the IMF felt obliged to issue a counter statement immediately afterwards suggests that there is much more to this relationship between the borrower and the lender than what meets the eye. It would seem that, while the IMF sees the importance of carrying on with negotiations, it has little if any confidence that the Zimbabwean government will deliver on their side of the deal.
When most lenders agree to lend, they want to know how much interest they will earn, how and when they will be repaid as well as what they will do in the event that the borrower fails to repay the loan (security). As a global lender, the IMF has been criticised for putting too many ‘other’ conditions onto those countries that borrow from it. Readers may remember that the IMF suspended lending to Zimbabwe more than a decade and a half ago.Advertisement

A lot has happened in the decade and a half between the widely publicised suspension and the announcement of the resumption of lending. The IMF visited Zimbabwe many times as part of their staff monitoring framework and in almost all the cases the reports they produced were scathing.
President Mugabe is quoted as lashing out and describing the IMF as a monstrous creature that needed to get out of his way because it has lost its orientation and was trying to force political change. The relationship was so bad to the extent that Zimbabwe even had a reformist Minister of Finance (Hon Tendai Biti) for a five-year period who worked hard to negotiate with the IMF but was rebuffed.
At some point when he came back from negotiations empty handed, Biti told the nation that ‘we were alone’ and we would have to learn to ‘eat what we hunt’ in an effort to highlight that the country should not expect outside help. In recent months, the IMF criticised the Harare government for its unwillingness to reform and cut down on the public sector wage bill and exorcise its ghost workers. The public service is probably larger than it was, the ghost workers are still as sacred AND REVERED as ever.
The Zanu PF government that fell out with the IMF is still in power and the President who described the IMF as a monstrous creature is still in power. No reforms have taken place and we are still paying ‘ghost workers’. The economy is teetering on the base and the IMF turned the GPA government away; therefore, the governor’s comments on a resumption of lending by the IMF become very curious.
One of the reasons cited for SUSPENDING lending is Zimbabwe’s indebtedness; in other words, we owe too much money to the extent that potential lenders worry that we will not be able to pay back. In an effort to try to explain why the IMF is to resume landing, the governor of the reserve bank suggested that Zimbabwe had (1) paid back some of the outstanding debt and (2) borrowed from other institutions to pay some of the debt.
If Zimbabwe did pay back some of the debt using its own money, one wonders where this money came from given that the cash-starved government is failing even to pay its operating costs of wages and ‘bonuses’. Can we really believe that the government delayed paying its army in order to repay debt?
The other approach reportedly taken by the government is to borrow from other institutions in order to pay old debt. This option generally does not reduce Zimbabwe’s debt mountain. In fact, new lenders are likely to demand higher interest payments as Zimbabwe’s credit-worthiness is likely to be much worse now than it was perhaps in the 90s when most of the old borrowing took place.
The big question is, why would a new lender agree to risk their money lending to the country so that it can repay old lenders who are known to have struggled to get their money back from that same country? What securities have these new lenders been given to agree to put good money after the bad? What positive changes have the IMF seen in Zimbabwe’s functioning that have led them to believe that the country is now worth of receiving lending again?
The 2016 budget shows that Zimbabwe is planning to spend more than it collects and we are not aware of any plans to change that in the coming years. So, how will the government repay the loans when it is currently failing to meet its recurring expenditure obligations?
Then there is the question of what the money is for? As a lender, the IMF is known to lend to countries to allow them to foster global monetary cooperation, secure financial stability, facilitate international trade, promote high employment and sustainable economic growth, and reduce poverty. One, therefore, wonders whether Zimbabwe has plausible plans to achieve such.
There is also the riddle of why this news was announced by the Governor of the Reserve Bank instead of the Minister of Finance or even his deputy. One then wonders whether there is a link between the Minister’s announcement (a day before) that the government will compensate white farmers for land and infrastructure and the resumption of lending by the IMF.
Alternatively, it could be that announcement was just to give people a bit of ‘good’ news following the grim reality that Zimbabweans have faced since the last election in 2013. But then our country defies logic and common sense. Post-independence Zimbabwe has become a textbook case of ‘how not to’ do things, an enigma – a real conundrum.
David Mutori (FCCA MBA MSc) believes that Zimbabweans underestimate their individual responsibilities and potential to determine their future. He writes in his personal capacity and can be contacted on mutorid@gmail.com.