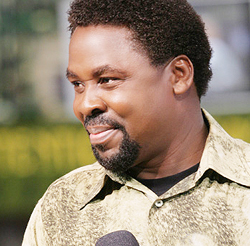 ‘The popular prosperity gospel preacher is an excellent diversionary tool so important for the lazy and corrupt politician.
There is a mutual link between the religious and the political charlatan: both thriving on pacifying their followers with deceit and false hope.’
AFTER penning a piece on exposing counterfeit faith on the 1st of January this year, I have received numerous requests for a follow up article, and this week I have taken the honour and privilege to once again engage the reader on a social issue that has taken centre stage in the affairs of Africa today.
The fact that we recently lost over a dozen people in Kwekwe in a stampede at a Christian gathering, just after we had lost close to a hundred others in Nigeria when the building they were lodging unexpectedly collapsed makes the case of debating Christian faith more compelling.
Our evangelists, prophets and preachers from the Pentecostal movement often proudly declare that God is moving in the mightiest of ways across Africa today, and it is quite common to hear some of them deriding traditional Christian communities in the West as “backslidden.”
The large African churches, the passionate praise and worship teams, the tearful prayers, and the intense hunger for the word of God is unmistakable in African Christianity today, and countries like Malawi, Kenya, Botswana, Nigeria, Ghana, Zambia, South Africa, and Zimbabwe are excellent examples to explain this wave. In fact, sub-Saharan Africa as a whole has been hit by this worship craze, and this development would be plausible, if only there was no darker side to the tide.
The Christian faith faces a dangerous threat in Africa today, but not from any persecuting opponents or from any external force. The greatest threat to the Christian faith today is from its leadership, so increasingly infiltrated by dangerous mountebanks preaching destruction right from the pulpit of salvation, and the swindlers are far from remorseful.
If there is anything threatening the nobility and integrity of the Christian faith today it is the preaching of prosperity gospel. There is of course a slick version of this deceit in the United States, and factually the US is responsible for manufacturing and exporting this deadly spiritual virus.  Without trivialising the damage prosperity gospel has done in the United States, the reality in our midst is that African Christians have now taken this money-focused gospel to new and extremely dangerous levels.Advertisement