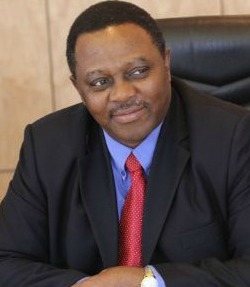 SO Trust Bank is no more! Bill’s project has derailed. The one they call ‘Beans’ has joined the lengthening queue of ‘failed bankers’ of the indigenous ilk. The going might be tough, but surely something must be terribly wrong. Why is it that only indigenous banks are failing? Why are foreign owned banks escaping this carnage?
The reality though is that the project that was Trust is no more. I should admit my weakness, I like Bill Beans – he strikes me as the kind of guy you can trust with your pension savings. But not the kind of trust portrayed in one of his advert which beautifully captured the mythical relationship between the crocodile and the plover bird.
The former lies on the shore with its mouths open and the latter fly into the crocodiles’ mouth to feed on bits of decaying meat that are lodged between the crocodiles’ teeth. The legend says, cleaning the crocodile’s teeth. I don’t have the stomach for such trust, that’s why I don’t understand those who have their cash locked in Trust Bank. Luckily, 90 percent of the deposits will be paid back by the deposit protection fund, but please get my message, that was not necessary.
Going back to the real issue, why are our own banks failing. Consensus among the rank and file is that the greedy bankers are abusing their deposits. One headline from a local daily newspaper captured it with “Depositors suffer as bankers live large”.
There is some degree of truth in this. Nigel Chanakira’s undoing was a loan to a friend, one Zach Wazara’s Valley Technology, which was proven to have been approved irregularly. Trust is believed to have loaned a huge chunk of their cash to RioZim before it was rescued from certain collapse by GEM. The loan was allegedly imprudent given the size of the bank’s book and was advanced to a company whose managing director also sat on the Trust Board.
Stories of similar transactions at Interfin and Renaissance Merchant Bank have been told, and it’s not a wonder bankers have been made public enemies in this debacle. Others have proffered a more analytical synopsis laying the blame squarely at the RBZ’s door. Some are sold to the idea that we do not have tools that are robust enough to provide the necessary oversight at the RBZ.
The central bank is depicted as a lame duck regulator with neither power nor teeth to stop the rot which even outsiders can see develop and implode from a distance. Others assert that the tools are available, but the central bank is simply not doing its job.Advertisement

In a market that has a competent regulator, a failure of four banks in a few years does not bode well for its reputation. It is the stated mandate of the central bank to, among other things; ensure stability of the financial services industry. Were tools are inadequate, a proactive central bank will ensure such is acquired quickly, pursuant to the effective conduct of its duty.
While there is some substance in the above view, the challenges of the Zimbabwean banking industry cannot be fully understood without an appreciation of the environment in which bankers are operating in. I hold the view that the setting is designed to make indigenisation banks fail.
I believe our policies as a nation have significantly militated again local banks such that when I see the giants that have become of NMB Bank and FBC Bank, it is nothing short of a miracle that I behold.  The good work that John Mushayavanhu and James Mushore have done with these banks has to be acknowledged. One day books shall be written on how best to defend a bank from hyperinflation and their names shall grace the pages.
Why am I standing in the bankers’ corner? Firstly, running a banking system without a lender of last resort is simply setting the weaker ones up for failure. I can do a thesis on why the presence of a lender of ‘last resort’ in the form of a parent bank has been positive for international banks.
Barclays Zimbabwe has gone on for years now barely breaking even yet investors still flock in, in some instances paying it for keeping its money. Remember those days when deposits were eaten up by bank charges, reducing to zero instead of increasing from interest earnings. Such comfort among local banks is absent, yet we find it in abundance among international banks.
Secondly, having noticed that low levels of capitalisation were a huge source of possible instability, the RBZ upped the minimum capital requirements for all banks in Zimbabwe. The time tables were too tight and set up almost all the indigenous banks to fail. Capital being what it is flew to the few banks that had a good chance of meeting the capital requirements, and this was far away from indigenous banks. I agree with the central bank on capitalisation.
Zimbabwe’s average loan-to-deposit ratio then stood close to 100 percent, yet average cost-to-income ratio was around 90 percent. Regional averages in comparable markets like Kenya and Zambia stand at 75 percent for the loan-to-deposit ration and 60 percent for the cost-to-income ratio. It was clear that Zimbabwe’s model, then, was unsustainable, and action needed to be taken. However, the action that was taken weakened the position of local banks and strengthened the resolve of the banking public to stick with international banks.
Thirdly, the indeginisation and empowerment laws also worked against local banks. It was clear at the time of announcing the new capital requirements that there was simply not enough capital locally to go around propping up the banks’ capital levels. International capital had to step in and fill the void, but that was always going to be difficult if the transactions were to be done within the confines of our laws. A case in mind in the AfrAsia – Kingdom Bank relationship, which was well received initially, but soon, became a case study of how not to invest in Zimbabwe where you don’t have control.
The banking industry is sensitive yet central to the growth requirements of Zimbabwe. It might have been necessary to craft a specific program for banks that would have allowed them to get new investors who will bring both capital and skills at the same time oiling economic development.
Fourthly, banks themselves failed to read the signs of the times. Maybe they did by they could have been hamstrung by inability to fund efficient enhancing programs like retrenchments. Cost-to-income ratios of plus 90 percent in most cases point to overstaffing, or put differently, can show that the structure was too big for the lending activities that were going on.
The hyperinflationary environment called for more employees owing to the sheer volumes of notes and paperwork that was changing hands. Banks did the patriotic thing and hired to be able to deliver a decent service. But Zimbabwean labour laws being what they are, banks could not easily get rid of excess staff after dollarisation.
A restructuring of the whole industry was thus necessary and authorities could have moved quickly to help banks execute it without impairing their going concern status. This could have not only saved some banks that failed, but also the aggregate number of lost jobs would have been better than what is unfolding now.
Lastly, I would like to apportion some blame to the bankers themselves. The environment may be tough, but nothing that a little innovation might have failed to solve. John did it with his housing for all; Mushore’s leasing is still a stroke of genius even today.
The banking of yesteryear is gone. What Tetrad, Allied Bank and Metropolitan Bank are doing makes it all the more difficult for anyone to take the banker’s side. Whatever it is they miss, the curse of indigenous banks is surely bound to strike again.