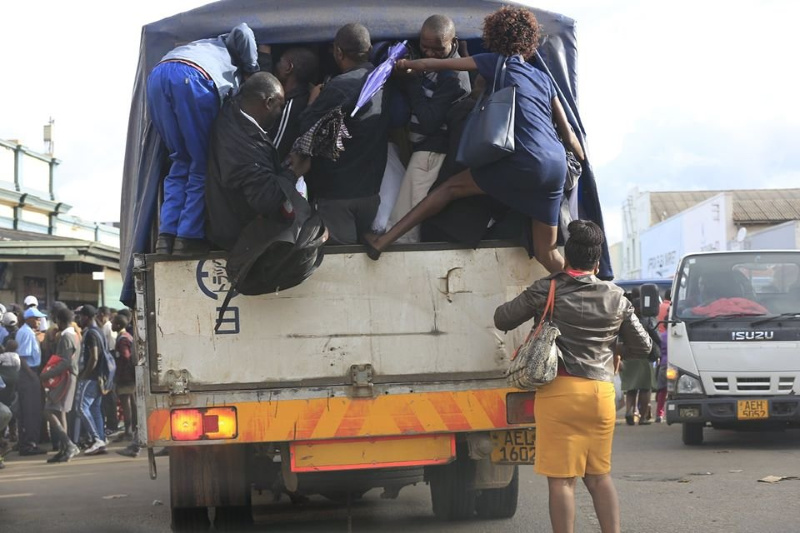 THE transport situation in the country has seen desperate commuters rely on private motorists for trips to and from work.

In the image above, commuters tussle to board a truck.

The pushing and shoving involved in one attempting to secure a ride on trucks also infringes on the dignity and safety of women who find themselves having to perform dangerous stunts in a bid to get home.

Commuter transport fares among kombis is now beyond the reach of most ordinary locals.

A government move to re-introduce ZUPCO buses among urban commuters has not helped the situation either as the handicapped public transporter cannot manage the demand for cheap transport.