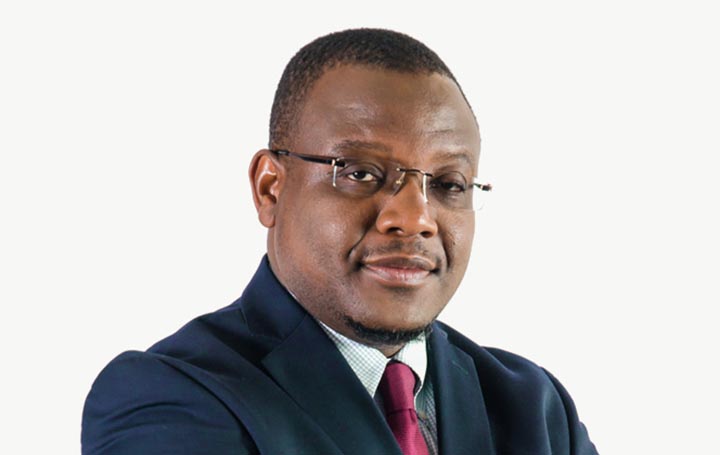 THE founder of the black-owned-and-managed healthcare listing – RH Bophelo – Quinton Zunga is a calculating investor and knows exactly what he wants.

Chatting to the Zimbabwe-born investment banker, one immediately discovers that he is a man who has an eye for good economic opportunities and establishing himself as a fast-growing fish in a very big pond is no fluke.

In an interview with City Press at the RH Managers’ Melrose Arch offices, Zunga said, as with many of his peers, he was exposed to corporate life only later in his career.

Born in the Eastern Highlands of Zimbabwe, Zunga is the eldest of three siblings in a rural middle class family.

After graduating at the University of Zimbabwe with a degree in computer science and business science, he was immediately recruited into the Barclays’ graduate training programme in Zim.

With the diverse experience gained and when Barclays moved into South Africa, Zunga found himself with a wealth of experience in investment banking and looking for greener pastures.

He joined Absa Capital in South Africa but did not stay there long.

A year later he was on the road again.

“I was used to a small team so it was a bit too rigid for me. I was used to being flexible so I joined Merrill Lynch,” he said.

As a director at Bank of America Merrill Lynch, he headed its debt capital markets for South Africa and sub-Saharan Africa and, five years later, he left and started his own business, dealing in general funds and partnering Arkein Capital.

Zunga said it was then that he began doing advisory work for Busamed and was exposed to the healthcare sector.

“It became very clear that the bottleneck is capital. There are a lot of licences and ideas. It’s a special type of risk. You needed a special vehicle because the banks don’t do trial and error. So you can have an idea and a deal but you can’t find funding,” he said, elaborating on the reasons he started RH Managers, the flagship company he now heads as CEO.

Zunga said, like a number of things in the country, transformation in the financial services sector is not where it should be partly because “there’s an old guard who’s been there for many years”.

“New black graduates get frustrated because the old guard wants to slow climb the ladder while the new guys want things done much quicker.

“So you find the younger guys sticking around for five years and they leave and the old guard is still there. So there’s a bottleneck at the top,” he said, adding that the upside is that a lot of younger people end up starting their own asset management businesses.

Almost a year after listing RH Bophelo as a special-purpose acquisition company on the JSE, Zunga said he is optimistic about the future but pointed out that though a lot of people had encouraged the listing, very few put their money where their mouths are.

“Listing was a big risk but I had done three years working in that space with Busamed.

“We had to manage that risk, we had to convince people that a new entrance does not mean that you will lose money and we are still doing it.

“We haven’t even scratched the surface of what can be done because there’s a lot of interest and a lot of demand but very little capital,” he said.

Though there are a number of black-owned hospital groups, the decision to list was purely because of opportunity, Zunga said.

“We are not that big so our expansion model has to be a mix of strategies,” he said, adding that unlike the bigger-listed groups, the company does not have the luxury of resorting to building its own hospitals or acquiring real estate only.

It has about R1.5 billion in unlisted portfolios. But the RH Bophelo listed portfolio is much smaller and is seemingly a long way from the R5 billion target Zunga has set for the medium term.

“Unfortunately the listed investors don’t like the new green fields because they take time to mature,” he said.

With new projects on the unlisted portfolio and the acquisitions on the listed, the company aims to give investors good returns in time, he said.

On the transformation of the asset management space, Zunga said another contributing factor is that pension funds are very conservative and reluctant to invest.

“The pension funds are so conservative. In fact, when they see you they see losses,” he said with a laugh.

Another obstacle is the insistence on a long track record, a requirement he said he understood.

He singled out Eskom and the Public Investment Corporation’s recent moves to establish an incubation programme for black asset managers as a step in the right direction.

“That’s what we need. We need to incubate,” he said.

A keen and passionate Bible teacher in his spare time, Zunga also emphasised the importance of preparing for one’s dream and aligning activities to one’s ambitions.

As a deliberate disrupter of the status quo in healthcare, Zunga seems very clear about paving the way few have dared to go.