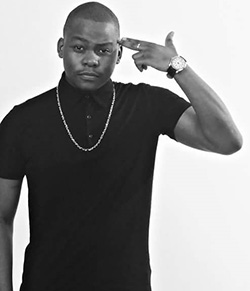 HE took on the world of music with sheer passion and determination, and three albums later, Jonah Sithole (JS) is still on the rise and is not going anywhere any time soon.
His music career started in 2006 when he participated in Zimbabwe’s Talent show, A Academy, similar to the global hit series American Idol. He was the first contestant to walk away with the coveted prize, and the final was watched by over a million viewer’s countrywide.
With several powerful covers to his name this year, including Drake’s Too Good, and with an EP on the horizon, Tidi Kwidini (TK) caught up with the American-born singer to discuss his journey and what we can expect next.
TK: Walk us through your musical journey, where did it all begin?
JS: It started when I was 11-years-old singing to the Backstreet Boys and NSync. I would then go to class and sing to the girls during break time, which at the time I thought was a pretty cool thing to do, quite typical of me, I would say. I really enjoyed entertaining people in song and it allowed me to hone my singing skills.
TK: What was the first music genre that resonated with you as a teen?
JS: R’n’b is probably the genre that stood out to me at the time. I was 13 years old and the sounds of Boys to Men, MJ, Donnell Jones and Craig David, to name a few, were musicians that I admired and, I loved their music. Additionally, my father always played different genres of music in the car – rock, jazz, reggae, blues, r’n’b, sungura, among others – so my mind has always been open to different genres and fusion of classic melodies.
TK: Did you start writing your music at that age?
JS: Yes, I did; it was a wonderful experience and a new level for me. My first recording was with John Jazi and David Sengwayo. I knew music was what I wanted to do for the rest of my life, so I performed anywhere I could – at high school events, at Sunday Chapel, in the school fields by myself – you name it, l was singing it – music was my drug. I also had the opportunity to perform at the Allied Arts Festival.
TK: You work alongside Kazz, how did you two meet?
JS: I met BKay and Kazz in Masvingo when I was still studying at Kyle College. They decided to take me on board and mentor me in the industry. I have been part of Boomslang since.Advertisement

TK: What would you say are your greatest achievements so far and your standout performance(s)?
JS: The most ground-breaking success or performance for me was when I performed at the Youth Gospel Festival back in April 2006 alongside my friends Tinty and Tsungi. I remember praying to God that day, that if this (music) was for me that I would have an outstanding show. We had the crowd going wild and I knew from that day I wanted to do music full time. I then ended up competing in A Academy (Zimbabwe idols) that same year and won, which was more of a confirmation that music was my calling. I released my first album Diversity in 2007 and after that, I went on to study audio engineering in Malaysia and graduated in 2011. I had some mild success along the way, but I still feel I can do better. I have three albums to my name, A Piece of Me and The Real Me to add on. I’m now married and have two kids and doing covers because I enjoy doing that.
TK: What is the biggest obstacle you have had to overcome to be where you are today?
JS: The biggest obstacle I have had to overcome is regaining my confidence and not being afraid to fail. When you constantly want to succeed and inspire others as you go for it; but keep failing, or, having setbacks, it can hit you pretty hard, especially if you put out work you’re proud of and it doesn’t set off as you would expect.
TK:  You have released a number of cover singles; more recently was your rendition of Drake’s Too Good, who are your musical inspirations and how have they influenced your music?
JS: I have a lot of musical influences on a seasonal basis, but iconic musicians that help define me are, Jimmy Hendrix, Led Zeppelin, Michael Jackson, Usher, Esperanza Spalding, The Internet, Tina Turner, Donnell Jones, Justin Timberlake, Pharrell, Tupac, B.I.G, Beyoncé, Alicia Keys, Herbie Hancock, Nirvana, Def Leopard, Boys to Men, Andy Brown, Drake, Tuku, Bundu boys, James Brown, Carlos Santana and Zapp and Roger, the list is endless.
TK: Who would you love to open for at a major concert?
JS: I would love to open for Pharrell, Usher, Beyoncé, Drake – and one of my ideal ones would have been MJ, if he was still with us.
TK: If you had the pick of five musicians and or music producers to work with whom would you pick and why?
JS: Musicians – Drake, Usher, The Internet, TwentyOne Pilots and Pharrell because these are artists who open their minds in music and constantly recreate themselves. Which I love.
Producers –  StarRo, Tokimonsta, Drews that Dude, Pharrell and Major Lazor because these producers don’t stay in a box, and are flexible with new sounds and instruments in their respective fields.
TK: What is next on the cards, any plans for an album?
JS: I’m working on a new EP Capricorn Dreams or it might just end up being an album, I’m not sure yet. I have really focused on producing my own work with this.