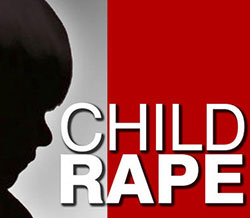 I WANT, no I DEMAND justice for baby X; at what point is life imprisonment appropriate?!
“Seven month old baby raped” said The Herald, “Paedophile gets 20 years” screamed the Daily News. These shocking headlines made the mother in me grieved, I felt pain and revulsion. The lawyer in me wanted to understand what had happened.
According to the papers, in a village in Mhondoro somewhere, a 27 year old man went into a room in which the 7month old baby was sleeping, removed her nappy and proceeded to rape her, and then fell asleep next to the wailing baby! The man was discovered by the baby’s mother who had gone on an errand, who noticed the baby was wailing and bleeding and that the man, who is the baby’s cousin, had blood stains on his shirt. She raised the alarm and the man was apprehended. The child according to the papers had “massive tearing to her private parts”.
According to the papers, the man pleaded not guilty but he was found guilty after a full trial, due to overwhelming evidence. My heart broke. I couldn’t imagine what the poor mother must have felt looking at her child violated to that extent. I couldn’t believe that in one week, I was reading of yet another vile attack on a baby! Just two days ago, there was another report, of another adult male who had raped a 6year old and infected her with HIV.
I must start by saying I do applaud Magistrate Mujaya for the twenty year sentence, because, in the past, we have seen much less sentences for similar offences. This is probably the longest sentence for rape that has been handed down in my clouded recollection. However the mother in me is grieving … and I am furious! I am livid, I want castration, I want life, I want hanging for this man and I am not apologizing at all! I demand justice for baby X and for all the other little girls who are being violated in my country!
I want Zimbabwe to know that if the choice was mine, this is one man who was going to rue the day he was born. I want policy makers to know, that it can no longer be adequate for them to sit in the House and talk about everything else, and not the scourge of rape! Too many times, women in this country have complained about how the law is tougher with stock thieves and carjackers, while our babies are being violated and scarred for life, if they are lucky. The others are not so lucky, like the little girl who was not only raped but infected with HIV!Advertisement

When will this madness stop? What is it in our society that says it is OK to rape anyone, let alone a baby?! Is it our institutionalized acceptance of violating female bodies, including defenceless baby girls? I know I will strike many a raw nerve with this but sadly our society does condone violation of women’s bodies, whether it is physical or sexual violence.
The sickening first response to violation of a woman or girl always seems to be, what had she done/what was she wearing? Well in this instance baby X was sleeping and she was wearing a nappy?! Or maybe it is the manner in which our press reports the matters?
So for example one daily reported “A medical examination showed that the girl had a massive tearing on her privates, proving that she had been raped” hello, what girl? It’s the baby, not girl!! Sometimes I wonder about the use of language? Now let me put this straight, I don’t condone rape of anyone … babies, girls, women, old women or any other person for that matter.
However, just by changing the words from baby to girl, something in me said this smoothens the revolting and dastardly act, whether the writer was conscious of it or not! I could go on and on regarding how our society has by design and default aided and abetted violation of babies and little girls, but I will not. Today I want to talk about justice; I want justice for baby X.
The Criminal Law [Codification and Reform] Act provides for sentences for rapists. The maximum penalty for rape according to section 65 is life, and shorter sentences may be given. The court in this case gave 20 years. The factors to determine the length of the sentence include among other factors; the age of the person raped, the degree of force or violence used, the extent of physical and psychological injury inflicted upon the person raped, the age of the person who committed the rape, whether the person committing the rape was related to the person raped.
Just looking at these factors, which I consider relevant and should have been considered to make sure that the accused person spent his life in jail, after he had been castrated [without anaesthesia] of course, I think that the learned Magistrate was too lenient. Granted, I wasn’t in court, and therefore did not hear the mitigation by the defence and my analysis of this case is based purely on media reports. However I still feel that the court did not give baby X justice.
Baby X is just seven months old, the force used upon her, even I as an adult woman shudder to imagine!  An adult male, raping a seven month old baby is tremendous force! I know others will say, she is young and may never have a recollection of the pain she has suffered, but what about the scars she will carry? The extent of the physical injury is described as “massive injuries to her private parts”.
Many years ago, I worked with doctors who provided services to child victims of rape and other sexual violations, the things I saw and heard then still give me nightmares, almost ten years later. Some of these babies need reconstructive surgery, just so that they can go to the toilet. The massive injuries in little girls can be rapturing from their vagina to their anus, making it one big hole. Never mind that the little girl will be disfigured for life, what quality of life that little girl will have? Never mind that the person who has caused her all this misery is her own cousin, an adult male?!
This man will be released in 20 years or less, given the calculations of jail time that I have never understood – if he survives jail. When he is freed, baby X will be a 20 year-old young woman, who is now supposed to interface with the world? She will be scarred physically by this rape and trying to discover herself as young woman. She may not recall the incident, but will carry the stigma of “having been raped”.
We know our society and these kinds of things. Then the cousin who did this to her will walk out of prison free and ready to live his life; at 47 he will still be young enough to enjoy life. What about baby X? Is that the justice she deserves? I don’t think so! I think this is one case, where the prosecution must seek a review of the sentence. Yes, I applaud the court for the 20-year sentence, it is probably one of the longest sentences we have seen in a while, but in these circumstances, with respect, it is totally inadequate! When will we see the court give life for rape? It is not as if the law doesn’t allow it?
Surely, whatever the mitigation [and I don’t even care or want to know] was it certainly couldn’t justify a sentence less than life? The court did not find this man “mentally unstable”? Why the leniency? Shouldn’t this have been the one time that the court descended with its entire wrath on this criminal? Shouldn’t a message have been sent that we cannot let this madness continue? This sentence, in these circumstances is no more than a slap on the wrist.
I shudder to think what message is being sent by such leniency. That men can rape babies, and will do “some jail time”? I certainly do not believe that the court wants to send that message. I demand justice for baby X; the court must review this sentence!!
Advocate Teresa Mugadza writes in her personal capacity.