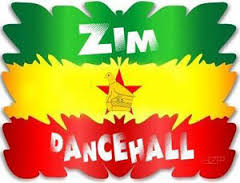 ZIMDANCEHALL artist, Yombree Man, real name Alvin Manyala’s music career looked dead and buried.
However, 12 years after releasing a scorching album, his only offing to date, the talented chanter believes he is not a spent force and still has what it takes to rock the music stage again.
The 37-year-old musician, who made headlines in 2005 with his hit song, Misodzi Pamatama, which he did together with Roqui, is back with a bang, this time coming up with a 15-track album titled ‘Nature Haipikiswe’ (You can’t argue with nature).
“Zvinhu zvangu zvava fast Champion (I am now on a higher level). I gave them enough grace period to hog the lime light and now it is my turn and I am not looking back; my fans will feel the magic,” he said.
Yombree Man said his latest offing will certainly silence all his critics who thought he was one of the many one-hit wonder musicians.
“On the title track, I am trying to make people understand that whatever God has given you, no one will take away.
“I am gifted with a golden voice and creativity; and no one can take that away from me. It is in me and I know God created me for a reason. That is where I get my inspiration,” he said.
Other songs to look out for on the new album, to be released at the end of this month include Gochanhembe featuring Jah Praizah, Ari Lonely, featuring JC, Tsamba, Anorova Rata, Tsvuku, and Vendor among others.
The album, to be recorded at Legendary Studios in Greendale, is a compilation of singles recorded towards the end of 2016 and early this year and few new songs that will be recorded for the first time.
Some of the singles were recorded by Dollar Ghettaz, Bigyards, Nhubu and Force.

Yombree Man, who is now managed by Vinny Man of I Mic Entertainment, said he was dreaming big, adding that he has been holding live shows in areas such as Kadoma, Kwekwe and Harare where his songs have been well received.
“I have high expectations and I am not looking back. I am now serious about the music industry and hope to have a few shows abroad,” he said.
The new look Yombree Man, who has since cut off his dreadlocks, said he was also working on videos for some of the songs on the new album.Advertisement

Asked why he had gone quiet for that long, Yombree Man said he was trying to pursue other avenues but had realised his calling was in music.
He said he was not worried about other Zimdancehall musicians who have lit up the stage in his absence, saying music was not a competition.
“Music is not a competition; everyone has their own style and different people will follow different styles; we can only complement each other,” he said.