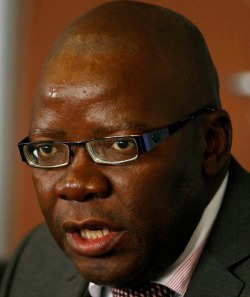 THE political circus unravelling in the country’s opposition politics needs no introduction. The tag of war between the Morgan Tsvangirai and Tendai Biti camps over control of the opposition MDCT has dominated news headlines over the last few weeks. Social media platforms are awash with heated debates over the developments.  Although the end circumstances are not yet known, logic would suggest that Tsvangirai’s camp has an upper hand on the tussle and that despite all the rhetoric coming from Biti and his supporters, it appears his political career is coming to a sad and abrupt end.
There is a very sarcastic but interesting analogy doing rounds in the social media which somewhat captures the rise and fall of Biti and his allies. It is the biblical story of Jesus and his entry into Jerusalem. The bible narrates of how Jesus rode on a donkey upon entry into the city. Some people who were part of the crowd welcoming Jesus spread their garments for the donkey to tread on.
Zimbabweans who are overly comical have added a humorous comparison to Biti’s rise to political fame. Their narrative talks of the donkey’s mistaken belief about its popularity to the extent of going back to Jerusalem on a solo walk without Jesus. The donkey got a rude awakening. It was shocked by the hostile reception it got, including some thorough beatings. It had mistaken Jesus’ popularity for its own.
Biti’s rise to fame is partly due to the man he eventually decided to turn his sword on. Tsvangirai, as a trade union leader, helped Biti in getting a firm grip on the political pedal. As a lawyer, Biti was given a number of labour cases to handle both from the Zimbabwe Congress of Trade Unions (ZCTU) and its affiliates. His work relationship with Tsvangirai saw him getting involved in the formation of the MDC, a labor backed movement to which he belongs.
To his credit, Biti proved to be a fighter. He spoke fearlessly against the regime of President Robert Mugabe at a time when doing so was risky. He also handled the nation’s finances at a time when the country was virtually bankrupt in spite of his limited financial background and, until recently, he has been among a breed of young and promising political leaders whose future was firmly secure.
It is reasonable to suggest that Biti’s positions as both MDC-T secretary general and Finance Minister eventually contributed to his downfall. At party level, Biti was the chief administrator at Harvest House. He supervised staff at both provincial and national levels. He hired technical staff, some more educated than him. He was a signatory to the party’s bank accounts. He is reported to have registered some party assets in his private company, the final custodian of assets belonging to the party. His appointment as Finance Minister during the GNU era elevated him to an even more authoritative status. All of a sudden the young politician had ministerial aides and butlers.Advertisement