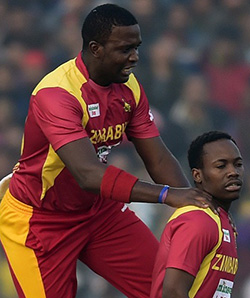 HARARE: (The Source) – In politically polarised Zimbabwe, few issues raise temperatures as swiftly as the matter of sanctions.
On one hand are ZANU-PF and its sympathisers, who say Zimbabwe is under general sanctions, and that the embargo is responsible for every single thing that has gone wrong with the southern African country’s economy. On the other extreme are supporters of the main opposition parties, who say there are no sanctions at all on Zimbabwe, beyond travel and asset restrictions on President Robert Mugabe and a handful of his lieutenants.
In its election manifesto in 2013, Zanu PF claimed the sanctions had cost the country $42 billion in lost investment, aid and other activities.
The USA and EU have both placed a variety of measures against Zimbabwe over the past 15 years. Broadly, the sanctions cut direct budgetary support to the government and companies in which it has an interest, barred ZANU-PF leaders from travelling to the EU and sought to freeze any assets they may hold there.
The thinking in the US and EU was that such steps would force Zimbabwean leaders to behave better. The moves would also limit Zanu PF’s capacity to repress its people by cutting off funding.
US measures on Zimbabwe
The USA has a two-pronged sanctions regime on Zimbabwe. The first is the Zimbabwe Democracy and Economic Recovery Act (ZDERA), signed into law by former president George W Bush on December 21, 2001. The second, which the USA refers to as a “targeted sanctions program”, began on March 7, 2003 when Bush issued Executive Order 13288.
On March 8, 2001, US senators Bill Frist and Russ Feingold introduced the bill. Among the bill’s sponsors were Hillary Clinton and Joe Biden, who were senators at the time. It was a bipartisan effort; politicians from across the aisle pushed for the law.
Said Bush, signing ZDERA into law: “This Act symbolises the clear bipartisan resolve in the United States to promoting human rights, good governance, and economic development in Africa. My administration shares fully the Congress’s deep concerns about the political and economic hardships visited upon Zimbabwe by that country’s leadership. I hope the provisions of this important legislation will support the people of Zimbabwe in their struggle to effect peaceful democratic change, achieve economic growth, and restore the rule of law”.Advertisement