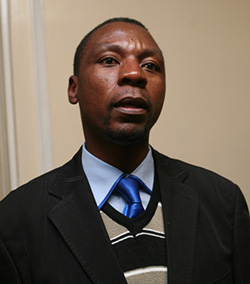 IT WAS a cloudy afternoon in Bikita when the teacher stood up to make his contribution. Clad in an orange t-shirt, brown pair of trousers, worn-out shoes and visibly on the verge of tears, he made an impassioned plea which he said was the whimper of all civil servants.
The in-coming government in 2018 must look after its civil servants, particularly teachers who had lost all respect in the communities they served. The Zanu PF government was playing hide-and-seek on the issue of the bonus while no one in the civil service was certain about their pay-dates, which changed every month.
The teacher bowed his head and braced for the ultimate message pitch: “President Tsvangirai, you have a history of delivery and we as teachers are certain that there can only be better times with you in charge, come 2018,” he paused for effect. “We are now a wretched lot and the clothes you see me wearing imbatya dzemubhero (they are second-hand clothes).” There was hushed silence as the words sunk into this mixed audience of traditional leaders, pastors and ordinary villagers.
This was last week during the second-leg of President Morgan Tsvangirai’s listening tour across the country to get the people’s views on the current crisis and the nature of the new society Zimbabweans want created post-Mugabe in 2018.
It was an enriching experience as the people’s leader engaged in intimate conversations for 11 days with Zimbabweans from Gokwe to Chipinge and Nyanga. It was a tour that took him to Kadoma, Kwekwe, Zvishavane and Mberengwa. He met and spoke to elders, village heads, chiefs and pastors in Shurugwi, Vungu and Chiwundura.
He spent hours with ordinary people and opinion makers in Chipinge, Chimanimani, Mutasa and Nyanga. The magnitude of the crisis is huge and it only takes leaders who care; leaders who listen; leaders who engage ordinary people to really appreciate the gravity of the challenges we face. It could only be Morgan Tsvangirai, the sole repository of national hope, who could muster this courage to engage in a frank conversation with Zimbabweans and chart the way forward with them.
President Tsvangirai had insisted that for his three days in every province, he would spend two days with community leaders outside the party. He would hear and engage with these Zimbabweans under a tree and in village huts in frank meetings undiluted by the mediocrity of party regalia and political slogans.Advertisement

The message was the same in all the communities. The sad story afflicting our rural communities ranges from unbridled intimidation to the abuse of traditional leaders by Zanu PF. The village heads themselves lamented that they were used in the selective distribution of food aid as well as the primitive assignment to frog-march villagers to vote for Zanu PF, all for a monthly allowance of $25 that is always in arrears.
The ghost of fear and intimidation continues to pervade our rural areas while minority tribes feel they are not part of the country. From the Venda and the Kalanga in Matabeleland South to the Tonga and the Nambya in Matabeleland North, President Tsvangirai heard a familiar script of exclusion and marginalisation. From the Ndebele in Matebeleland to the Shangani people of Chiredzi, they all have sad stories of marginalisation to tell.
A Shangani chief told President Tsvangirai that the registry officers, mostly Shona-speaking, who manned the Chiredzi office, had bastardized their ethnic names as they failed to spell them correctly on the birth certificates. In some instances, he said, if you told them the child’s name was Shaliti, they would retort brusquely: “What do you mean Shaliti? I am writing the name Shylet on this birth certificate.” Shaliti is a common Shangaan name but the arrogant government officials often choose to sculpt their own preferred names and impose them on their conservative community, the chief said.
It was clear that we have become a nation of grievances. Civil servants, pastors, traditional leaders and ordinary villagers all have legitimate grievances against Robert Mugabe and his Zanu PF regime. They were all agreed, however, that 2018 presented them with the ultimate solution to resolve their grievances by voting in a new government. That opportunity, as President Tsvangirai told the provincial assembly in Manicaland, was like a single, last bullet at our disposal. We must use it to free ourselves and build a new Zimbabwe that was inclusive and progressive, a nation characterized by tolerance and economic growth.
Zimbabweans continue to doubt the independence of the Zimbabwe Electoral Commission and remain skeptical of the biometric voting system and whether it will be able to eliminate Zanu PF’s electoral mischief. That skepticism has since been confirmed by a government that now wants to oust the United Nations, through the UNDP, from all electoral practices as a precursor to tampering with the people’s will.
On the atrocities that the people have faced, from Gukurahundi to Murambatsvina and the 2008 election violence, the people want closure and suggested solutions that ranged from community reparations to the implementation of devolution. The people are saying never again should a government be allowed to systematically decimate people with impunity and reckless abandon. They want permanent closure to the festering wounds spawned by a violent government against its own people.
On alliances, the people largely support the principle of working together of opposition political parties, only with the condition that President Tsvangirai must thoroughly exercise due diligence in determining who the party will work with. There were several Zanu PF surrogate parties around, so the people reasoned, and they want the political parties thoroughly vetted!
President Tsvangirai took time to explain the strategic importance of alliances, adding that that alliance-building went beyond political parties to include other non-political sectors and institutions. I rest my case on this one because this is a strategic area that is allergic to megaphone communication.
At the end of February and in early March, the people’s leader will complete the remaining provinces of Mashonaland East, Central and West to consult and hear the people’s views on the many issues afflicting our nation. But last week’s tour that took him to the Midlands, Masvingo and Manicaland provinces had its own light moments.
A Chimanimani man, in the typical Samanyika affinity for the Queen’s language, said while Zanu PF was selectively giving people maize, the MDC could at least chip in and give everyone “nyama nebeef.” He left us all in stitches.
A village head from Chilonga in Chiredzi who was among the 39 traditional leaders who turned up for a meeting with President Tsvangirai in Zaka said people were starving in Chikombedzi and Zanu PF was selectively giving whole families a mere cup of rice. He told the bemused audience that the expectation was that they would vote for Zanu PF and Robert Mugabe, an old man who had failed them.
“Vanofunga necup yarice tingavhotela pachidhalana,” (they think with that cupful we will vote for that useless old man), he said in a raspy voice in his ethnic Shangani diction, amid raucous laughter from his audience of assorted ethnicity. Indeed, Mugabe’s age while clinging on to power has become a subject of national scorn and derision.
Chidhalana!
Luke Tamborinyoka is the Presidential Spokesperson and Director of Communications in the Movement for Democratic Change led by Morgan Tsvangirai. You can interact with him on facebook and twitter.