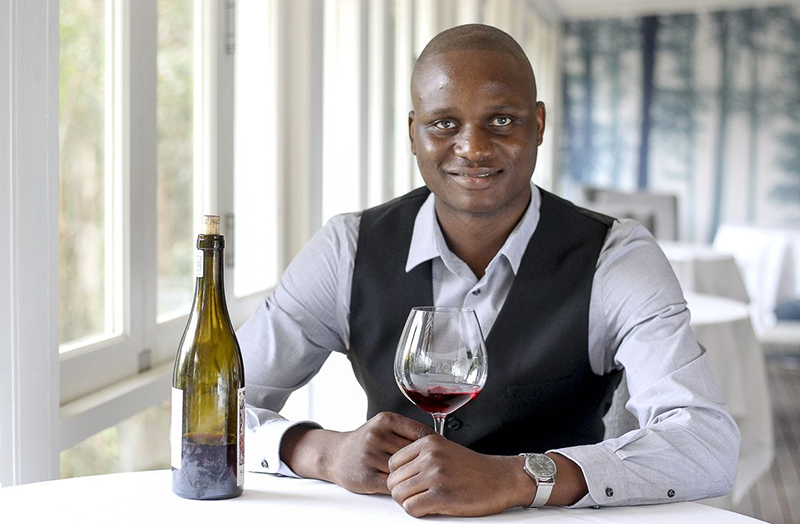 Zimbabwean-born Joseph Dhafana relived his moments from being a refugee and becoming one of the top sommeliers and winemakers in South Africa.

Dhafana fled Zimbabwe with his wife in 2009 to seek a better life and opportunities in South Africa.

A documentary called Blind Ambition is set to premiere in Cape Town and it tells his story as he went from barman to a top-ranked winemaker.

Dhafana remembers how a glass of wine tasted horrible and then his journey to becoming a top-tier sommelier.

I did not like it, if you have seen the trailer of ‘Blind Ambition’ – which is going to premier in two weeks in Cape Town, I even mentioned that my first sip of wine, I did not like it, it was a bit astringent, of course, fizzy and very acidic.

But the winetasting bug bit and he enrolled with the Cape Wine Academy in 2011.

He is now the founder and director of Mosi Wines and Spirits.

Dhafana added that being a sommelier opened international opportunities, where he represented South Africa in Europe in 2015.

The turning point was in 2015, when I joined the South African Wine Tasting Championship in Cape Town. I was the third-best wine taster in South Africa, and then that booked my ticket to go and represent South Africa in the World Cup in France.

It has changed my life, I was exposed to all these international wines and my heart stopped beating a bit because it was amazing.

Listen to the audio for more.