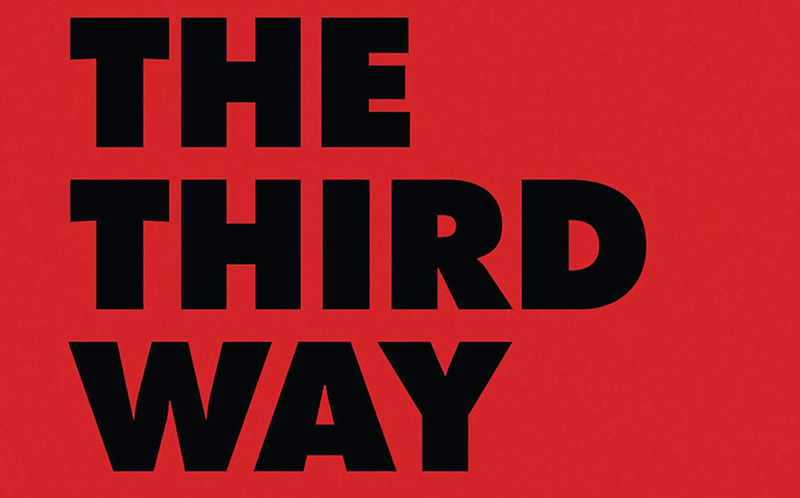 ZIMBABWE Twitter has been buzzing with murmurs about a third way, in reference to an imagined or hoped for political alternative to the two that currently dominate the Zimbabwe political landscape, namely the ruling party ZANU PF and MDC and its splinter group renamed the CCC.

In this article I will argue that the proposed “third way” is a mere attempt by its protagonists to capture the Zimbabwe electorate for their own benefit while in the process deflecting the people’s power just as the ruling party and opposition have done. As I shall reveal in the succeeding segments, all the proposed “third ways” idolise or fetishize individuals or personalities instead of a core idea or programme of action that would resonate with the long suffering people of Zimbabwe.

In the conclusion I will propose how a third way could be conceived “by the people, for the people” and will provide a framework that might be of interest to Zimbabweans who refuse to be captured to serve the interests of political organisations which have successfully sliced and diced the Zimbabwe electorate for their own gain.

There isn’t much detail about the third way mutterings but, also, Zimbabwean debates tend to be polarised and devoid of nuance. Nevertheless, I will make an attempt to sketch them out, but before proceeding, I will point out that due to fear of political persecution Zimbabwean Twitter users habitually anonymise their interactions by using pseudonyms, incorrect locations etc. Secondly, Twitter conversations about Zimbabwe are dominated by Zimbabweans in the diaspora while young Zimbabweans domiciled in the country engross themselves with debates about English football.

Savior Kasukuwere the exiled former ZANU PF cabinet minister keeps being mentioned as a possible third way but without much detail about how he could be. In 2019 he launched the widely anticipated but short-lived Tyson WaBantu movement which was devoid of any core idea, ideology or plan. Aside from being a crass form of self-glorification, it is disappointing to imagine that a Zimbabwean politician could be inspired by Zodwa WaBantu, the South African woman who dances pentiless.

Despite these strategic weaknesses, some Twitter users hold Kasukuwere up as a viable option, while others dismissed his political movement as another Dr Simba Makoni Kusile/Dawn political party which fizzled out after the 2008 general elections. In these two political experiments, Zimbabweans would be hard pressed to recall what these two politicians actually stood for, but most will remember their names and that they both had or still have aspirations to be the next president of Zimbabwe.

Some are speculating that the Generation 40 (G40) a pro-Robert Mugabe ZANU PF faction whose members were exiled after the 2017 coup will resurrect either on its own or in alliance with the army via another coup. These two scenarios seem to be pure speculation because unlike the previous coup which was recklessly planned by army generals who imprudently broadcast live on television a threat to mount a coup just days before they actually carried it out, any further coup attempt will most probably only be known when it actually happens but it is unlikely that Zimbabweans will allow themselves to be used and discarded for the second time. On its own steam, the G40 might well choose a path that could renew ZANU PF but it is unlikely that the future of Zimbabwe will be shaped to any great extent by existing politicians, political parties and their derivatives.

The “third ways” are merely following a very common Zimbabwe playbook where the practice of co-opting the electorate for the personal gain of a few ambitious politicians is not new.

In 2017, Emmerson Mnangagwa and his coup plotters mobilised ZANU PF and opposition supporters to come out in large numbers to support the ouster of Robert Mugabe through mass street protests. Once that was achieved, they openly declared that Robert Mugabe was an internal ZANU PF problem and had nothing to do with the people whom they manipulated and stepped on to grab power.

Today Nelson Chamisa proclaims that the CCC is a citizens’ social movement but the reality is that it is not “for the people, and by the people” but a political party which is headed by political elites who have been in opposition politics for over two decades.

One of many examples which signal that his supporters are merely a means to an end is his pronouncement that he will not interfere with the operations of the security sector despite the fact that the army committed numerous atrocities during and after the liberation war. In the early 1980’s they executed the Gukurahundi genocide, in 2017 they carried out a coup – which is a treasonous offence. They shot and killed unarmed protesters in 2018, committed atrocities in Chiadzwa diamond mines, the list is endless. Worse still the army is headed by octogenarians who by most standards should either be in jail or nursing homes and yet they audaciously hog senior military positions and in the process hold the country at ransom just because they fought a liberation war and liberated themselves.

It is ludicrous for any aspiring leader of Zimbabwe to suggest that doing nothing about these historical and existing atrocities is in the best interest of Zimbabwean victims of violence. Chamisa’s promise not to interfere with the operations of the security forces seems to be a desperate attempt to appease army generals in the hope that they will open the doors to his ascendence to power.

Based on Chamisa’s utterances, it is evident that demilitarising Zimbabwe is not part of the CCC’s plan and therefore his claims that the CCC party’s policy positions are informed by the outcome of consultations with “citizens” is nonsensical and misleading.

Now that I have argued that in their current form, the proposed third ways are an attempt to hoodwink the Zimbabwe electorate so that a few ambitious men can gain power! What, therefore, will it take to bring about a third way that could deliver the nation to the promised land?

As I intimated previously, only a political or citizen’s movement “by the people, for the people” is the only way forward.

The redistributive process could be in the form of a Zimbabwe Charter which ideally every Zimbabwean should be persuaded to improve on and embrace. It is comprised of the following twenty items;

1. All Zimbabwe national army personnel above the age of 50 years must be retired with immediate effect and not be replaced until the size of the army is 50 % of what it was in November 2017.

2. All A2 farm owners must be resident at their farms and must not to be in full time employment elsewhere.

3. The country must debate and set A2 farm sizes to ± 150 arable hectares in regions 1-3, the first 150 hectares surrounding farmhouse must be offered to the owner before the land redistribution.

4. All A2 farms that have not been utilised to full capacity in the last 10 years must be immediately reallocated but with preference given to people with traceable previous commercial farming experience regardless of their race.

5. Municipal land exceeding 20 hectares (owned by individuals or registered companies that employ less than 100 permanent staff) must be forfeited to the city council.

6. 99 % annual taxation must be charged on the market value of all valuable domestic movable and immovable property that exceed 4 municipal houses and 4 cars.

7. Monthly bedroom tax must be charged on all house rooms exceeding 15 unless the property is registered and operating as a business with auditable tax returns.

8. All beneficiaries of the war victim’s compensation fund must be reassessed by an independent organization. Funds inappropriately disbursed must be repaid in US$ or equivalent in both movable and immovable property.

9. All property lost through the indigenisation policies or other means other than a fair market exchange must be returned to its original owners by those who either stole it or benefited by other means.

12. All (past & present) donations or payments made to churches, faith and traditional healers must be refundable when demanded by the donor/payer at any time.

13. Compulsory employment of all skilled and qualified disabled people by all Zimbabwe Stock Exchange listed companies in proportion to their market capitalization.

14. Multiple directorship of public listed companies and other corporations with an annual turnover that exceeds US$1 million must be banned.

15. Traditional leadership i.e. chiefs and headmen must be subject to elections every 10 years.

17. The Chihambakwe Commission Gukurahundi report and the Entumbane report written by Justice Enock Dumbutshena must be publicised in-order to allow victims to decide appropriate reparation.

18. A conditional grant must be paid to the elderly (over 65 years); orphans, unemployed disabled and all inhabitants of region 5 regardless of citizenship 5 years after the 1923 general elections.

19. Zimbabwe insurance companies must be compelled to comply with the Justice Smith Commission which established that they owe pensioners US$4 billion which they have refused to pay-out.

20. The 2023 elections should only be held if the following 2 conditions are met; (1) Compulsory voting by all Zimbabweans over the age of 18 (2) Displaced Zimbabweans in the diaspora must be allowed to vote.

Zimbabwe is ripe for a peaceful revolution, therefore if the Zimbabwe Charter is accepted by the people and enforced by the people, the long suffering people of Zimbabwe will become the “third way”.