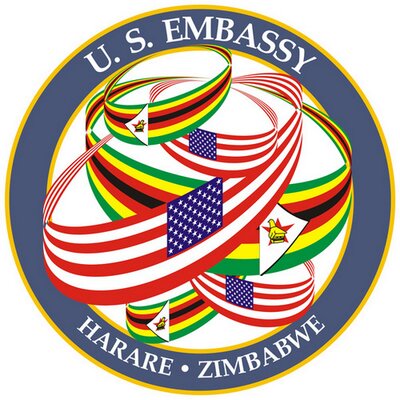 THE negative portrayal of Zimbabwe from the eyes of the Western world is intense and one would think that they have already packed their bags and closed their embassies in a hurry to leave. But nothing could be further from the truth. The fact of the matter is that they are busy fortifying and increasing their presence in the country. The USA is building a new $200 million embassy compound in Zimbabwe and this has been billed the largest embassy compound in Africa. This beggars belief. For a country that is constantly labelled a rogue dictatorship, it is surprising that no one is in a hurry to leave.
The USA and her allies have imposed economic sanctions on the country and travel bans on the leadership, yet they are ready to invest hundreds of millions building permanent structures in a country they claim is a bad investment destination. If Zimbabwe is such a bad investment why in the name of God is the US building a US$200 million embassy facility there? Let us unpack this intriguing scenario. How then can it be that Zimbabwe is considered a bad investment destination when the US and her allies are busy investing in hundreds of millions worth permanent structures in the country?
The following statement was made by US Ambassador to Zimbabwe, Mr Harry K. Thomas Jr;

“We hope the future is bright and I will highlight why the United States government thinks it is. Our commitment remains to Zimbabwe. We are building a $200 million embassy; we have 700 Zimbabweans working every day who get paid in United States dollars, $32 million each year is for Zimbabweans as salaries. We give $150 million (annually) to PEPFAR (the United States President Emergency Plan for AIDS Relief); we have reduced deaths due to HIV from 25 percent to under 12 percent in the past decade or so. And with another $150 million we are feeding 2.4 million of the 4.1 million food insecure people in Zimbabwe.”

Well, let us get our facts right, the USA and its allies are not about to vacate Zimbabwe anytime soon. They are here to stay and they want a big share of the country’s abundant natural and human resources. There is this unsaid belief that they are entitled to these. There is this superiority thrust from the West that Africa is their property and everything in it belongs to them. The above quote from the US Ambassador clearly highlights that superior tone when he talks of “feeding 2.4 million of the 4.1 million food insecure people in Zimbabwe”. Advertisement

There is nothing totally altruistic about this huge investment in Zimbabwe, and that is fact. This is a $200 million investment of American interests in Zimbabwe and Africa at large and not to “feed the food insecure of Zimbabwe”. This is about America and not Zimbabwe. The USA is not spending $200 million in building a mini-Pentagon in our backyard so that the “food insecure people of Zimbabwe are fed”. If the USA was so concerned about the “food insecure people of Zimbabwe” then, surely, they would have eased the economic sanctions which have completely disabled the Zimbabwe economy.
This $200 million Embassy facility is nothing short of an expansion of the US Africa Command (AFRICOM), which is flexing its military muscle unrestrained across the African continent. Who builds a brand new $200 million embassy compound in a country you have placed under sanctions? Why not go build a $200 million embassy in North Korea? This is not about creating jobs for Zimbabweans, but rather preparing for future resource extraction expeditions from within.
Geopolitically, Africa in general, and Zimbabwe in particular, holds important resources. The compound is a logical and strategic move, in the face of Chinese and, more recently, Russian economic and military expansionism in Africa. These Command centres or embassy compounds by their very nature are interventionist in nature, either actively or passively. The US has direct interests in Zimbabwe, otherwise they would have left a long time ago.
This is purely business and not a $200 million aid distribution facility. These are foundations for immediate and future resource wars. From a long-term planning point of view, why is Zimbabwe not building a CIO Headquarters across the road from this $200 million mini-Pentagon right in our backyard? It makes perfect sense. If the country allows a hostile and more powerful country to development a more advanced intelligence facility within your borders, then these are just breeding grounds for regime change machinations.
The $200 million compound should concern any Zimbabwean and we should look at it from a long-term point of view. The US is possibly the most powerful nation in the world and has repeatedly chided Zimbabwe as a failed nation on the brink of collapse. How then on earth does the mighty USA go on to invest $200 million to build a permanent structure in “fragile Zimbabwe”? If it was all hopeless then, surely, they would simply have pitched up a tent or erected a porter-cabin instead of building a whole compound.
This is a country the US has slapped with economic sanctions and they repeatedly tell the world that Zimbabwe has been reduced to a basket case and a pariah state. Yet they are laying permanent foundations in that pariah state. Something does not seem right. The Central Intelligence Organisation (CIO) of Zimbabwe should be building similar structures in and around the area. Even if they exceed the $200 million mark, surely, national security and national sovereignty are paramount in the face of these evident regime change preparations.
There is nothing humanitarian about this military base camouflaged as an embassy compound. Who in their sober mind would invest $200 million in a “dysfunctional state” like Zimbabwe? The hypocrisy of it all! This is being replicated one way or the other across the African continent and many other parts of the world. The US Central Intelligence Agency and US army are evidently embedding themselves in numerous countries of strategic importance around the globe.
Zimbabwe is strategically important and this explains the persistent meddling and regime change manoeuvres. It is unsettling and of concern that such a large base of operations for the US in recalcitrant Zimbabwe might be a veneer for destabilisation by the CIA. Have we not learned from the slaughter of Patrice Lumumba? The callous murder of Gadaffi? The repeated meddling in South America, Asia and basically the world over.
What further boggles the mind and increases concern is the fact that the USA places Zimbabwe under economic sanctions, then denies the country arms by specifically sanctioning the Zimbabwe Defence Industries (ZDI) and then requests permission from the Zimbabwe government to build a military base in the country? How does that even begin to make sense?
Of course, the request for a military base in Zimbabwe was denied and hence this embassy compound which in all fairness is just another term for a military base. That huge space in Westgate will be used as a base of some sort. That would potentially serve the same purpose the military base would have served. That the Zimbabwe Defence Industries under sanctions, whilst the USA is increasing military presence is a real concern whichever way you look at it.
Africa in general and Zimbabwe specifically must continue to refuse this militarisation of its borders. The continent must take heed of President Robert Mugabe’s call to engage any foreign powers from a position of strength and unity. The African trajectory must not be dictated by the US or her allies, but by Africans themselves.
Zimbabwe must never allow itself to become an expansionist playground for Western military adventures or misadventures. African countries must resist the urge to be willing accomplices in their own re-colonisation by knowingly allowing known aggressors to pitch bases in their backgrounds.
Disclaimer: Challenging inconsistencies or distorted representations is by no way anti-western. Happy smiles all round.